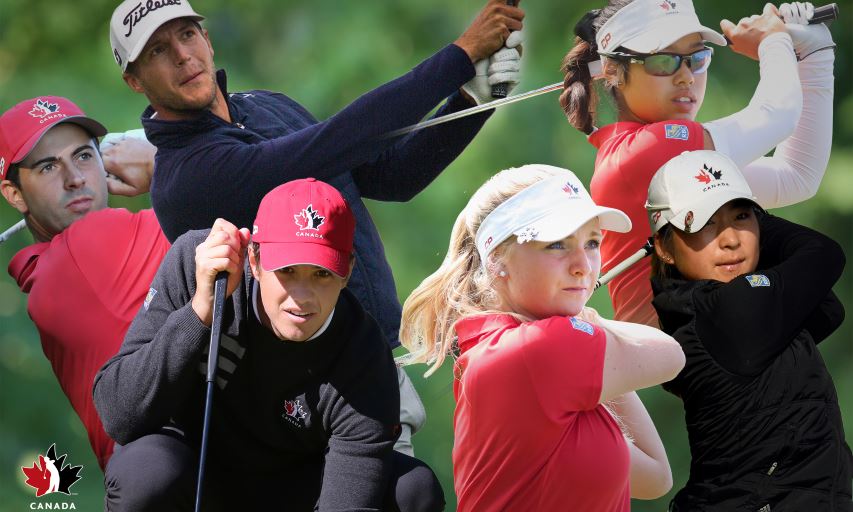 Golf Canada is pleased to announce the six individuals selected to represent Canada at the 2018 World Amateur Team Championship, conducted by the International Golf Federation.

The World Amateur Team Championship — featuring both a women’s (August 29-September 1) and men’s (September 5-8) competition — will be contested at Carton House (Montgomerie and O’Meara Courses) in Maynooth, Ireland, located 30 minutes west of Dublin.

Representing Canada on the women’s side will be Maddie Szeryk, 22, of London, Ont., Jaclyn Lee, 21, of Calgary, Alta., and Naomi Ko, 20, of Victoria, B.C. The trio will compete for the Espirito Santo Trophy at the Montgomerie and O’Meara courses at Carton House.

The men’s team selected to represent Canada consists of Hugo Bernard, 23, of Mont-St-Hilaire, Que., Joey Savoie, 24, of La Prairie, Que., and Garrett Rank, 30, of Elmira, Ont. Also contested on both at the Montgomerie and O’Meara courses at Carton House, the men will compete for the Eisenhower Trophy.