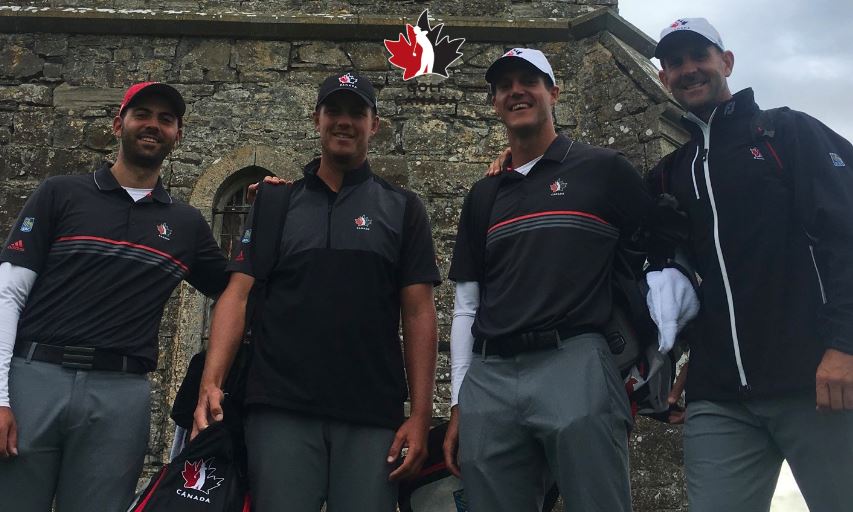 MAYNOOTH, Ireland — The Canadian squad carded a final-round of 10 under par to climb into sole possession of 9th place overall. The trio finished at 30 under par, with Joey Savoie of La Prairie, Que., leading the way at 13 under. Fellow Quebec native Hugo Bernard finished at 11 under par while Garrett Rank of Elmira, Ont., closed out at 7 under par.

Denmark, bolstered by the stellar play of 17-year-old identical twins Nicolai and Rasmus Hojgaard, held off a surging field to win its first World Amateur Team Championship at 39-under-par 541 by one stroke over the USA.

The Danes claimed the Eisenhower Trophy in their 25th appearance as Nicolai Hojgaard, the 2018 European Amateur champion, posted a 7-under-par 66 and his brother Rasmus fired a 6-under-67 for a team total of 13-under-par 133 on the par-73 O’Meara Course. Teammate John Axelsen posted a non-counting 4-under 69. Previously, in 2010, Denmark had claimed the silver medal.

“It means a lot,” said six-time Danish captain Torben Nyehuus. “Everybody is watching. It’s just amazing. I was with the team in 2010 when we came in second, so this is just amazing. It’s pretty nice to go one better.”