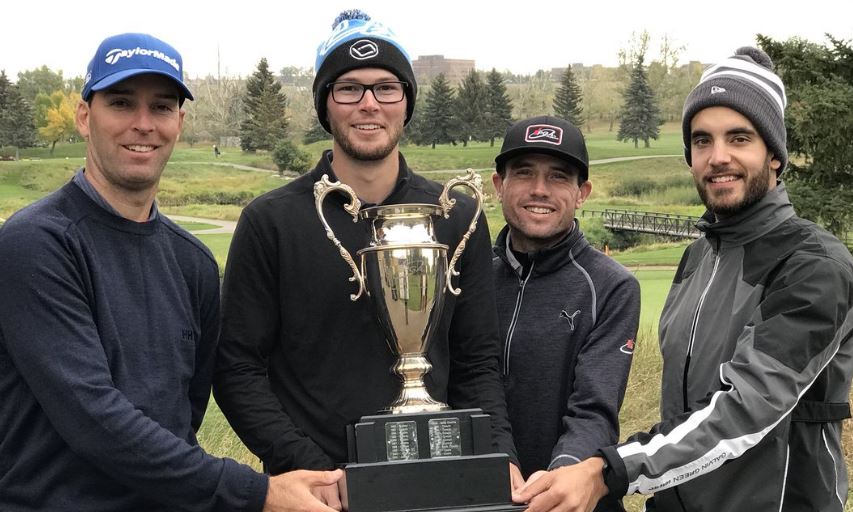 CALGARY, Alberta — Given the looks of the leaderboard after the CPGA of Canada Assistants’s Championship at the Winston Club in Calgary it appears that golf is in good hands in Alberta.

While no one from Wild Rose Country managed to walk away with top prize, as defending champion Marc-E Bussieres defended his individual title, it was all Alberta in the Inter-Zone competition.

The foursome of Riley Fleming, Dustin Risdon, Wes Heffernan and Eric Locke combined to capture that end of the tournament, as all of them were near the top of the leaderboard through two rounds of the 54-hole event. The team event is scored over the first 36 holes of the tournament. The Alberta squad captured the title by one stroke over the Quebec team.

As it turned out, Fleming ended up second in the overall standings, finishing the tournament that was played in cold weather in Calgary at 201, two shots behind the winner. His final round 63 proved to be the best round of the event and shooting him up the leaderboard on the final day.

Risdon also had a strong showing over the week, finishing alone in third place in the tournament with a score of minus-13. He was closely followed by another Albertan, Alberta Pistorius, who finished in a tie for fourth one stroke behind while Stefan Cox (-11), Wes Heffernan (-10) and Craig Gibson (-9) were the other players from the host province that finished in the top-10.

In all, 100 assistant pros from across the country took to the turf at the Winston GC for the 54-hole, three-day event, where the field was pared to the top 60, and ties, after 36 holes.