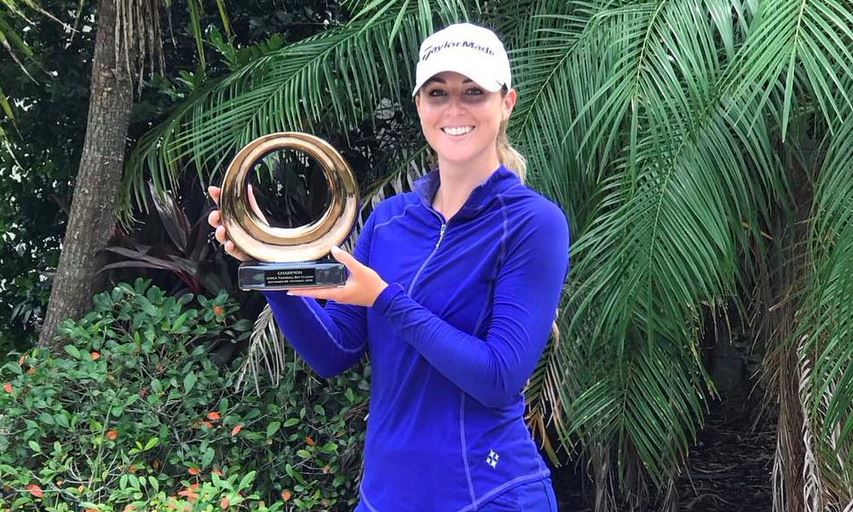 Her first round included nine birdies and an eagle for a final score of 61, breaking the single-day course record of 63 set in 2004 and also the all-time NWGA tour record of 62 on the par-72, 6,100-yard layout.

Osland held off full time LPGA player Sandra Changkija on the final day to win by 1 stroke and finish 17-under par for the tournament.

In years past, this tour has been frequented by many LPGA players such as Paula Creamer, Stacy Lewis, Brooke Henderson, Anna Nordqvist, and Brittany Lincicome, to name just a few. Megan stated this provides great momentum as she starts to prepare for Stage 2 of LPGA Q-School coming up October 15-18 in Venice Florida. 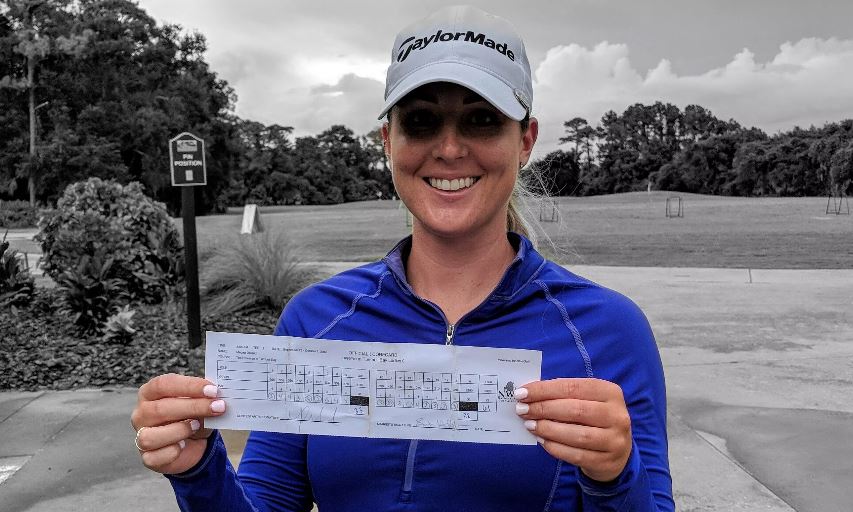 Megan Osland Holds The Official Scorecard After Her Record-Setting Round Of 61 (33-28) To Start Off The NWGA Pro Event At The Preserve at Turnbull Bay In Florida. (Photo/NWGA)

Megan, who finished 8th at in the 2014 BC Women's Amateur, graduated from San Jose State University in December 2015 with a Bachelor of Science Degree in Recreation Management where she was the Captain of the Women’s Division 1 Golf Team and won the Juli Inkster Invitational and the Wyoming Cowgirl Desert Intercollegiate in her final year.