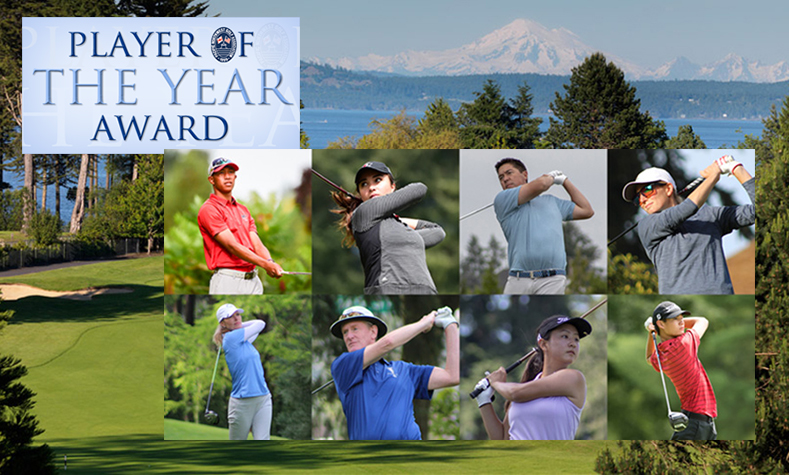 The PNGA Player of the Year candidates are nominated by the various state and provincial golf associations that comprise the PNGA (Alaska, Alberta, British Columbia, Idaho, Montana, Oregon and Washington), and are selected by a vote of the PNGA Championship Committee and members of the Northwest Golf Media Association.

The Mid-Amateur category was created in 2012. The awards are officially presented at the PNGA Annual Meeting in the spring.

Click here for a list of playing accomplishments of this year’s recipients, as well as a complete history of all past PNGA Player of the Year recipients.

Crisologo graduated from Simon Fraser University in 2018, where he was named First Team All-GNAC all four years playing for the men’s golf team. In 2018, he won the BC Amateur and South American Amateur, and qualified for the U.S. Amateur for the second year in a row. At the RBC Canadian Open, he tied for 45th, competing against PGA Tour players. A semifinalist for the 2018 Jack Nicklaus National Player of the Year award, Crisologo is a member of the Canadian National Amateur Team.

Now a junior on the Indiana University women’s golf team, Parsons set the school’s single-season stroke average record in her freshman year, when she also set a new school record for lowest 18-hole round. In 2018, Parsons won the BC Women’s Amateur, and made the Round of 64 at the U.S. Women’s Amateur and Round of 16 at the Women’s Western Amateur. She also tied for 43rd in both the Canadian Women’s Amateur and Big-10 Conference Championship.

Siebers won an astonishing five titles this year, which include two AJGA victories, two WJGA titles, and the PNW PGA Junior Championship, where he would eventually finish ninth in the Junior Boys’ PGA National Championship. He made the round of 64 at the U.S. Amateur, and finished fourth in the WIAA 3A High School Championship. Siebers was also selected as the 2018 WSGA Junior Boys’ Player of the Year.