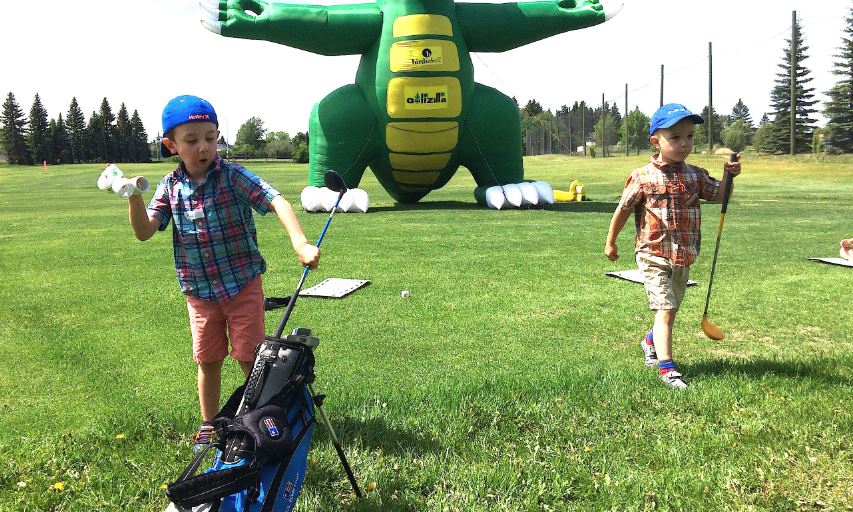 EDMONTON, Alberta — Great ideas often start in the smallest of ways, so when the weather put a bit of crimp on the first offering of Alberta Golf’s Sport Development Program, it wasn’t that big of a deal.

That was the word coming from Jennifer Davison, Director, Sport Development & High Performance for Alberta Golf, who oversaw two Open House affairs, one in Edmonton and the second in Calgary. The idea behind these sessions was to let junior golfers and their parents see, and better understand, the programming the provincial golf association does to enhance the opportunities for young players to succeed at a provincial level and beyond.

“This is the first time we’ve offered an Open House opportunity where families were encouraged to come and meet us and ask questions face-to-face. We saw this as an opportunity, after last year where we made changes to the High Performance program and the Sport Development strategy, we saw this as the opportunity to continue the conversation. We’d received feedback from parents during the past season and this was a chance to have the face-to-face opportunity,” Davison explained.

Grant Cammidge, who has a long and successful background in promoting and growing junior golf someone, and is the Northern Field Manager/Membership and Competitions, with Alberta Golf, said ideas like this are valuable for a number of reasons.

“I think the idea behind this is more for the parents and you’ll see us do a few more of these for the parents,” he commented. “Some (will be) around the McLennan Ross events, the Novice events and also, maybe the Alberta Junior too, where we’ve got a captive audience. One of the things we’re finding out is there’s a stream of parents that don’t really know what’s next for their kids,” as to where they should be in the competitive steam and when they should advance to the different levels of play within the provincial body’s offerings.

As with any change in any sort of sport programming, the leads at Alberta Golf wanted to make sure that parents in particular are getting the right information about what was happening within the association and the changes that were being made. That’s the main reason the Open Houses were scheduled, and while each session wasn’t overly busy there was enough interest in what was taking place to be encouraging. The ages of kids on hand ranged from 12 to 18, Davison said, with the focus of the sessions being mainly aimed at parents.

“It was a bit of a move away from the Team Alberta concept and we wanted to make sure parents and families were getting the right information and were understanding why we made the changes that we did,” Davison explained.

The main takeaway for those attending one of the sessions was mainly about what the parents were looking for from the sport.

“It really depended on who the player was and what stage they were at. That sort of directed the conversation,” Davison pointed out. “For the most part, at this point, it was mostly about competition in Alberta, the teams and how that works, what it means to represent Alberta going forward (in such events as the Western Canada and Canada Summer Games; the Alberta/Montana Ryder Cup; and the Pacific Coast Amateur). Very much a high performance focus.

“What we’d like to see it move into in the future is being able to have those scholarship conversations, and more. We had one girl at the Calgary show who was brand new to golf and was wondering ‘How do I get into it and where do I go?’ It’s really reinforced the idea that we need to be providing players, and families, with the pathway through competitive golf, making it more clear. A bit of a reference point for families.”

Said Cammidge in regard to that, “This is about what’s all involved once their kids get a chance to go to university (on a scholarship). What’s going to happen? Just because they have the opportunity to make the golf team doesn’t necessarily mean they’re going to be playing when the team plays. There’s lots of information there that needs to be passed on.”

In regard to the recent successes of Canadian females golfers, such as Brooke Henderson and Calgary’s own Jaclyn Lee who just secured status on the LPGA Tour, Davison agreed they are helping drive the interest in girls’ participation in the sport.

“We’re seeing just a flood of little girls wanting to get into golf. Jaclyn, being as local as she is, is a great ambassador and definitely having an influence on the landscape. To know a kid from Calgary, growing up with this weather and all the challenges we have in the golf industry, was still able to get it done. We’re definitely seeing the benefits of these superstars coming around.”

Given this was the first time this idea had been teed up by Alberta Golf, and its modicum of success, Davison said the Open House concept will continue going forward.

“We were happy with the turnout and we also got a whole bunch of phone calls beforehand. This just opened up the dialogue between us and the participants, so overall I think it was really beneficial.

“This particular event will be an annual event, for sure,” although the timing may be switched to better attract more interest, said Davison. “We may attach it to the Edmonton Buying Show, but it will be every year in the fall,” where perhaps more resources and coaches are available to handle any queries that parents and players may have as they try to map out their future in the competitive stream of provincial golf.

“We do see this expanding, for sure. We think this is a good first attempt and we’re just hoping to grow it from here.”

For more on this idea, go to albertagolf.org and click on the MORE link to get a more complete illustration of where this particular segment of provincial golf is headed.