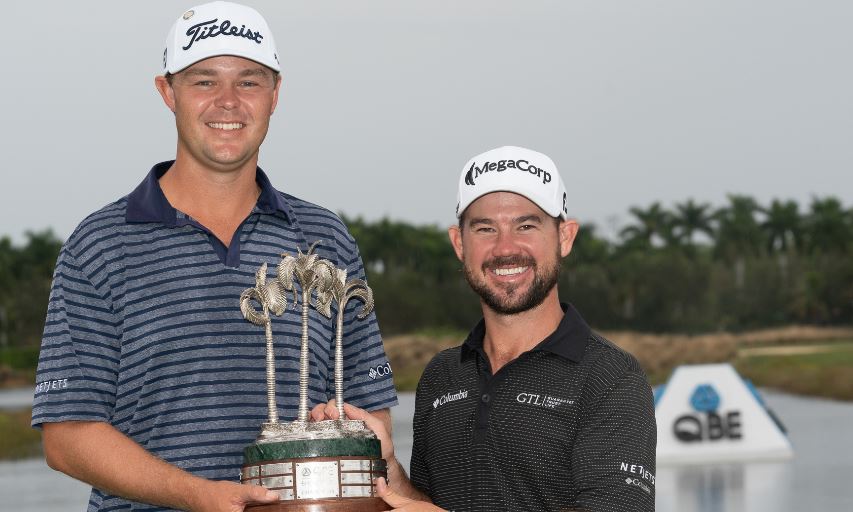 NAPLES, Florida — Patton Kizzire and Brian Harman won the QBE Shootout, eagling the par-5 17th and closing with a par for a one-stroke victory over Graeme McDowell and Emiliano Grillo.

Kizzire and Harman shot an 11-under 61 in the better-ball final round to finish at 30 under at Tiburon Golf Club. They opened with a 59 in the first-round scramble and had a 66 in the third round in modified alternate shot.

The teams of Gary Woodland-Charley Hoffman, Kevin Na-Bryson DeChambeau and Luke List-Charles Howell III tied for third at 28 under. Woodland and Hoffman shot 63, Na and DeChambeau 62, and List and Howell had two back-nine eagles in a 61.

LPGA Tour player Lexi Thompson and Tony Finau had a 65 to finish seventh at 23 under.