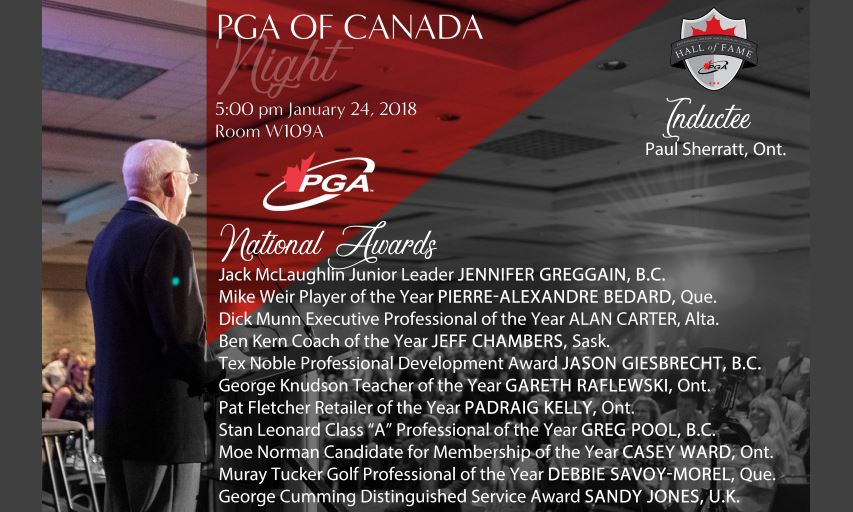 The PGA of Canada is proud to announce its 2018 National Award winners and newest Hall of Fame inductee.

The entire slate of award winners and hall of fame inductee will be honoured next month at the association’s PGA of Canada Night celebrations in Orlando, Fla., as part of the PGA Merchandise Show.

This year’s winners are:

“This year’s PGA of Canada national award winners are wonderful golf professionals and on behalf of the national board of directors’ and the association’s 3,600 members, I’m proud to congratulate them today on their achievements,” said PGA of Canada president Mark Patterson.

Each year, a national selection committee evaluates application submissions from zone award winners and recognizes winners in each of the categories.

The PGA of Canada Hall of Fame nomination process is available HERE and members of the association, industry partners and the general public are encouraged to submit the names of individuals they feel are worthy of induction.