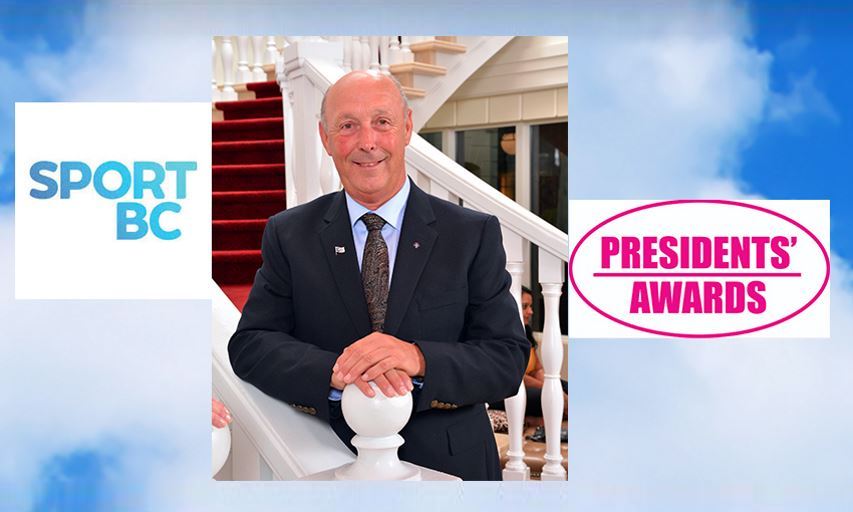 British Columbia Golf is pleased to announce that Chilliwack's Ray Flynn is to be recognized at the 2019 Sport BC Awards Banquet with the prestigious Presidents Award.

Founded in 1994, Sport BC’s Annual Presidents’ Awards promote and celebrate the spirit of volunteerism by giving member organizations an opportunity to acknowledge and thank an individual who has demonstrated outstanding dedication and commitment to their sport.

Ray Flynn's tireless dedication to the betterment and promotion of the game of golf in British Columbia as Junior Chair for Zone 3 in multiple BC Summer Games as well as Sport Chair for two BC Summer Games (2012, 2014) along with sitting on Player Development Committees and much more fits the above criteria to a 'tee' and BC Golf is extremely thankful to Ray and the many volunteers who make possible the high level of amateur competition available to junior, adult and senior golfers in our province.

Flynn's some 20 years as a BC Zone 3 Executive also saw him chair BC Provincial events and and act as a Zone representative for BC Summer Games qualifiers. He is a longtime exective with Royalwood Golf Club in Chilliwack and is the current club president.

The Sport BC Award Banquet honouring Athetes of The Year and Presidents Award winners will take place Wednesday, March 13th at the Fairmont Pacific Rim Hotel in Vancouver hosted by CBC's Scott Russell. Tickets can be purchased HERE.

The event, founded by Sport BC, is the longest standing sport recognition event in Canada. Awards in 18 different categories are presented each year to athletes, coaches, officials and volunteers for their performance and contribution to sport in our province.