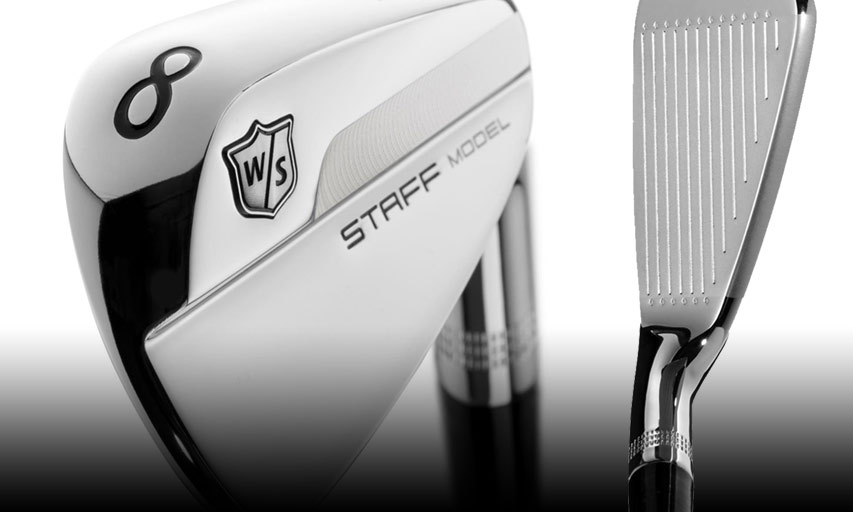 CHICAGO, January 23, 2019 – Wilson has officially announced the modernization of a timeless classic with the release of the all-new Wilson Staff Model irons.

The company has a rich history of forged “blade” irons, many of which have been played by game’s greats.

The new generation of Staff Model irons are an appropriate continuation of the brand’s most cherished product lines.

The Staff Model irons utilize a shape similar to that of FG Tour 100 while retaining Fluid Feel Hosel construction, which helps to move weight and enhance feel.

The forged 8620 carbon steel is combined with a high polish mirror finish to give the blades a premium finish.

For optimum feel, the irons also feature a bore through fluid feel design.

After racking up two PGA Tour victories with the FG Tour 100 irons, Brendan Steele went back to the drawing board and collaborated with the Wilson LABS team to assist in the development of the new Staff Model irons.

Brendan challenged the team at Wilson to create a more modern aesthetic, without sacrificing performance.

Steele felt it was crucial to keep the execution consistent and was eager to incorporate his feedback on design, specifically maintaining a thinner top line at address.

After two years of development, the new Staff Model blades were finally brought to life.

Steele’s hands on relationship with the brand has been critical to the development of new Wilson golf products.

The two sides have worked very well together over the past few years, which made it a no brainer for Steele to officially extend his longstanding relationship with the brand for three more years, through 2021.

“To be able to genuinely provide my insight on the next generation on FG Tour 100 irons was an experience I’ll never forget,” said Steele.

“By design, we crafted the new Staff Model irons to have a similar look as the FG Tour 100, which was critical as I continue to evaluate changes to my equipment.”

The performance of the new irons speaks for itself. Gary Woodland was the first to debut the prototype irons and has seen early success.

In his first event at the QBE Shootout in the Bahamas, Woodland made a hole-in-one on a 202 yard Par 3.

Just three weeks later, at the Sentry Tournament of Champions in Maui, Woodland led the field in Greens in Regulation, with an impressive 87.5% for the week using the Staff Model irons.

“Brendan’s influence on these irons was impactful and with the phenomenal expertise of the Wilson LABS team, we knew these irons were going to be an extremely polished product.”