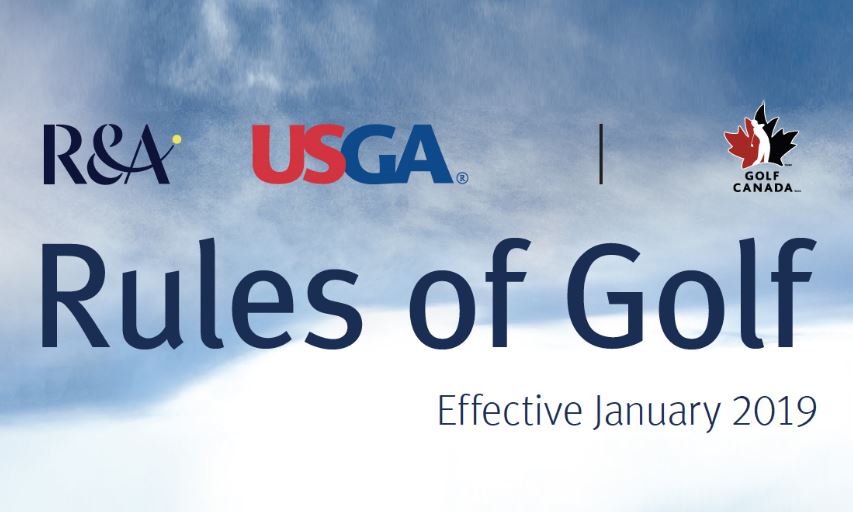 "Even though a new set of guidelines have now been put into play for the game of golf, the rulebook still doesn’t address one major component found in every weekend warrior’s game — the mullligan or breakfast ball.

Despite that oversight, the new rules, the first in over six decades, will make the game’s regulations a bit easier for one and all to comprehend and abide by. At least that’s the word coming from Adam Helmer, the Director of Rules and Competitions for Golf Canada.

“These are definitely significant changes; the biggest in 60 years. This wasn’t just con-templating the professional level, the elite stream level. It focused on everything to make rules more welcoming,” he stated.

Helmer continued by noting the rules in their previous life were often difficult to com-prehend and that “99.9 per cent of golfers didn’t know them.” As a result, when it came to applying the proper penalty for misplayed shots, the wrong decision was often made, if one was made at all in recreational golf. Now, it’s hoped, things are far less complicated and thus easier to apply.

“I think they’ll help with certain barriers people in the industry see, like the pace of play. I think these are aligning more with what’s happening in practices on the course.”

“The whole premise, starting in 2012 when this process began and everything was on the table and up for discussion, was that we were going to try and simplify the rules of golf,” Helmer said about the beginnings of this movement. “When looking at the principles of the Rules of Golf, the thought was everything should tie back to our principles — play the course as you find it. Play the ball as it lies. With that in mind, you had to assume that the rules are meant for the honest player.

“If we get down a rabbit hole of thinking about all the nuances of how someone can take advantage of the rules, or cheat if you will, then the rules are going to be that much big-ger. So the rules have to contemplate integrity, the honest player. Now, the rules specifi-cally state ‘Every player is required, or has to enforce, penalties on themselves and is obliged to tell other players about the rules’. These are rules, not advice,” as the latter, if offered up during competitive play, is a two-stroke penalty or loss of the hole.

While the one change that seems to have drawn the most notice, on television at least, is the ability to leave the flagstick in the hole while putting, there are several others that en-able golfers the opportunity to enjoy the game while perhaps stepping away from some of the game’s frustrations due to what takes place.

Take for example a double hit. That is now considered a single swing, not two, and while embarrassing it’s simply another shot in a game of many shots. Or if you find yourself in a deep pot bunker with no chance of escape, you can take a drop outside the sandy area on the line the ball entered, at a cost of two strokes. And, if you decide to stay on the beach, you are allowed to remove any loose rocks or whatever may be in the way of your club’s path.

While the R&A and the USGA appear to be deriving the most publicity from these rule changes, the fact is a number of other governing golf bodies, including Golf Canada, played major roles in all these alterations. So hopefully players can now understand and enforce rules that were perhaps totally ignored or wrongly applied in the past, as they come more in line with the way the game is played today.

“I think there was just a lot of stick handling around some of those tougher issues, how the penalty should fit the crime and how you get the proper wording proper for consistent application,” said Helmer about the time it took to finally get everything written down to everyone’s satisfaction.

There are a number of other significant changes, not including anything on those all im-portant Sunday morning do-overs, that swung into effect on January 1 of this year. So if you want to get up to speed on them, the Player’s Edition of the new rules, a small book-let that will fit nicely into your golf bag, is available for $3 from Golf Canada."