Henderson Out of Aussie Open Due to Illness 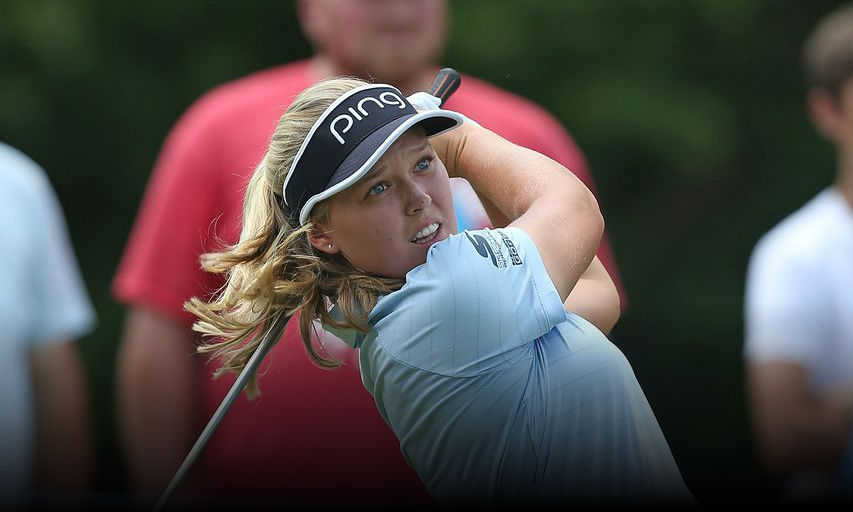 Canadian golfer Brooke Henderson has withdrawn from the women's Australian Open because of an undisclosed illness.

Henderson will miss the Open, starting on Thursday at the Grange Golf Club in Adelaide, after also being a late scratching from last weekend's VicOpen.

The world No.9 tied for sixth place last month in the LPGA Tour's season-opening tournament in Florida before falling ill en route to Australia.

The Canadian has been a popular drawcard in recent years at the Australian Open, which this week will feature a strong field including world No.1 Ariya Jutanugarn and former No.1 Lydia Ko - the 2015 winner at Royal Melbourne.

New Zealander Ko, ranked 14th in the world, enters the tournament in Adelaide will a settled mindset - she tied for 10th at the Open last year after changing coaches, caddies and club-maker.

"I haven't really changed much this off-season," Ko said on Tuesday.

"But a lot of the changes that I had made, I had no regrets in making.

"With any changes you make, obviously it takes time getting used to things."

In April last year, Ko landed her first LPGA tournament win since 2016 which she said justified the changes.

"Winning ... gives me a lot of confidence and also confidence to my coach and my team around me," she said.

"I feel very lucky to have such a strong team with me ... I feel like I have the team that is going to be with me every step of the way and support me no matter what."

In February 2015, Ko became the youngest male or female to be ranked world No.1 - at just 17 years, nine months and nine days old. And the 21-year-old has recently taken up meditation to help her bid to return to the top of the rankings.

"I love that one hour (a day) of getting your mind away from everything and not worrying," Ko said.