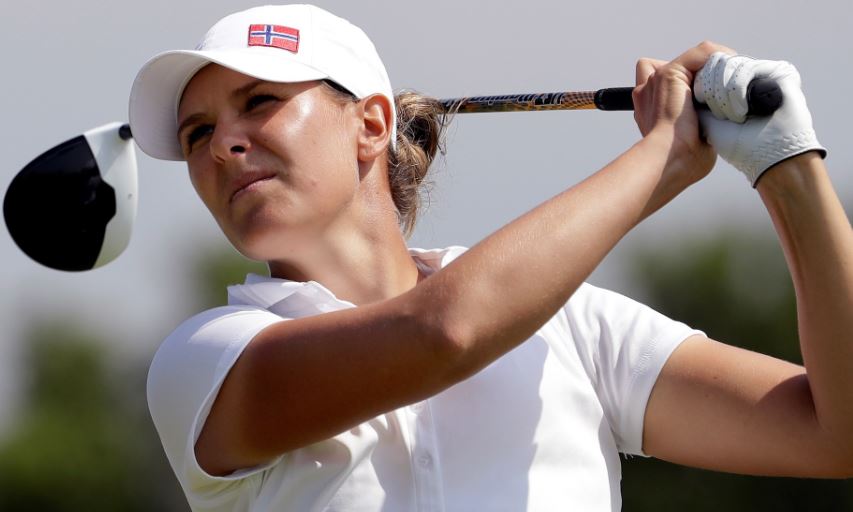 BONVILLE, Australia — Marianne Skarpnord birdied her final two holes after a 16th-hole bogey made it close to shoot a 3-under 69 to win the Australian Ladies Classic by two strokes.

The 33-year-old Swedish player finished with an 8-under total of 280 at Bonville Golf Club in the tournament co-sanctioned by the Australian and European tours. It was Skarpnord’s fourth European title and her first in six years.

Local hope Hannah Green and Nuria Iturrios of Spain were tied for second, both finishing with 71s. Green, playing in the same group as Skarpnord, also birdied the 18th to pull into her tie with Iturrios, who is from Spain.

English veteran Laura Davies shot 77-82 on the weekend to finish at 20-over.

Skarpnord, who shares a winter home at 13th Beach Golf Links in Victoria with her fiancé and Australian golfer Richard Green, says that she has chilled out in recent years.

“Ten years ago, all I wanted to do was play golf,” she said. “There comes a time when you think, do I really want to do this? Do I want to put myself through all this misery and pain? Somehow I pulled through that, because a lot of times I’ve been thinking that I’ve had enough and I’m going to get a proper job and be at home.

“The good times are so good, so I think that’s what you strive for every time you come to a tournament.”