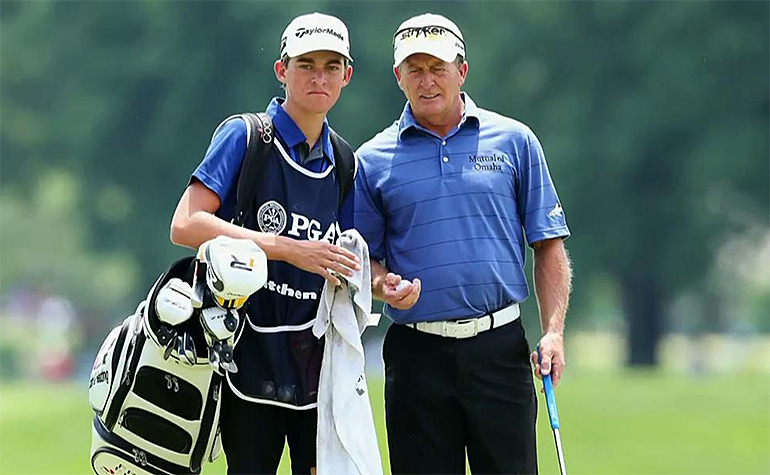 The three golfers join Colin Montgomerie, Bernhard Langer, Stephen Ames, and Scott McCarron on the growing list of PGA TOUR Champions stars that have committed to the 2017 event to date. The latest additions to the Pacific Links Championship are all proud fathers that share the theme of unique and touching stories on the impact that golf has on fatherhood.

Despite his numerous playing achievements, Haas’ most memorable experience on the course came in 2015 when he was given the opportunity to select his son Bill Haas as a captain’s pick for the Presidents Cup - United States team.

Bill could not have made his father more proud than by clinching the winning point for the Americans in the final match on Sunday. Bill was not the only Haas son to play professionally. Jay Haas Jr. made the PGA TOUR in 2006 and spent time on the Web.com Tour from 2007-2011.

Taylor Funk grew up in his father Fred’s footsteps, joining him on the road in his journey around the world while his dad accumulated eight PGA TOUR wins. Taylor recently finished his junior season of golf at the University of Texas, where he carded a career-low 65 at the NCAA Franklin Regional. Fred Funk’s PGA TOUR Champions career has included nine victories including three major titles. His 2017 season already includes three top-five finishes to date.

Paul Goydos accumulated two wins in his PGA TOUR career to go along with four PGA TOUR Champions victories to date including the 2016 Charles Schwab Cup Championship. Paul however had to put his playing career on hold for 10 months in 2004 to provide care for his two young daughters. Since then, Goydos has juggled being a full-time single father on TOUR.

The Pacific Links Bear Mountain Championship will take place at Bear Mountain Golf Resort in Victoria, British Columbia the week of September 11-17, 2017. Tournament week will commence with Official Pro-Am’s on Wednesday and Thursday, where participating teams will play alongside a PGA TOUR Champions professional over 18 holes of premiere golf.

Competitive action will follow with 54 holes of championship play from Friday to Sunday, with no cut.