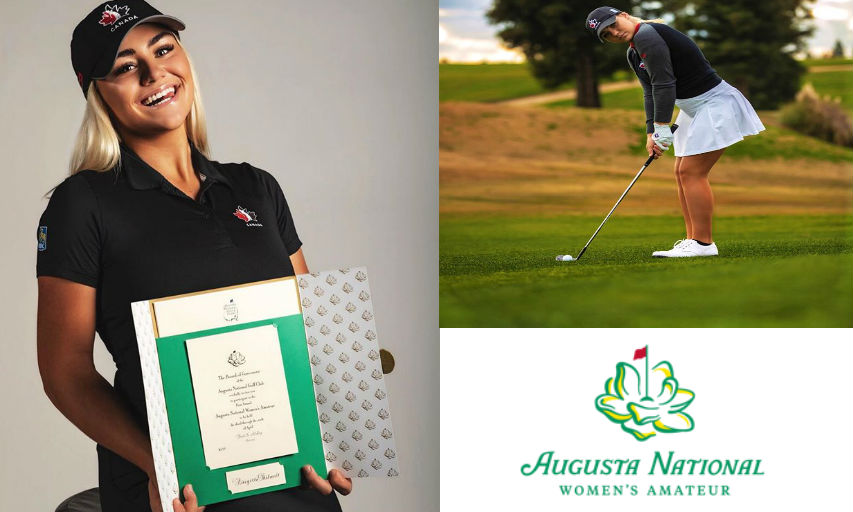 It was the hardest secret Brigitte Thibault ever had to keep. But with an historic women’s event at golf’s most iconic venue now just around the corner, she’s ready to open up about it.

Thibault, a native of Rosemère, Que. (about 35 minutes north of Montreal) will be Canada’s lone participant at the first-ever Augusta National Women’s Amateur, set to take place April 3-6. The 20-year-old is a member of Golf Canada’s national team, and as Canada’s highest-ranked female amateur, she was received an invitation to take part in the prestigious event.

“I had that hope of maybe I would get in,” she says. “But it was all just hopes and dreams.”

The event — which was first announced during the 2018 Masters by Augusta National chairman Fred Ridley — will see the first two rounds of the 54-hole event take place at Champions Retreat Golf Club – about 30 minutes from Augusta National. The top 30 finishers after 36 holes will then move on to play the final 18 holes at Augusta National itself.

All competitors will get to play a practice round at Augusta National regardless of where they stand on the leaderboard.