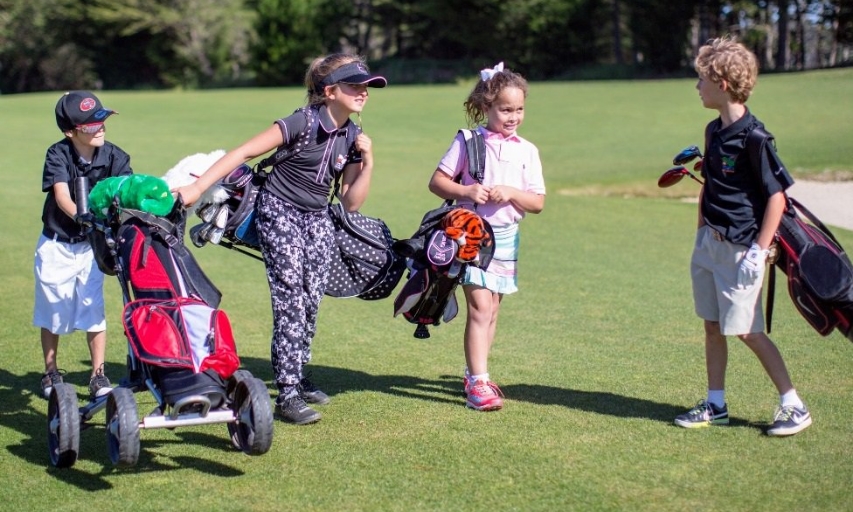 CALGARY, Alberta — It’s one step at a time for Alberta Golf in bringing more kids into the sport, but what a first step this was.

Partnering with Youth on Course, a forward-thinking idea out of the U.S. to get kids involved in the game, and then hooking up with Golf Canada and several provincial courses, Alberta Golf is about to put the program that lets kids tee it up for a nominal fee into motion.

Speaking about the idea that sees kids pay $5 a round, Phil Berube explained, “We’re a (two-year) pilot program now for Alberta Golf (and Golf Canada). We invited Adam Heieck (the CEO of Youth on Course) up from Pebble to speak to us last year about this. We spent the better part of last fall and winter talking about an implementation plan,” that will see this program act as the initial proponent of the idea in Canada.

Berube, the executive director of Alberta Golf, said that his association contacted every golf course across the province looking for help in launching the program. He was overwhelmed with the response.

“We were looking for 10 and we got 10 in the first day!” he said of courses that were interested in this idea. “Then we extended it and added two more, so we’ll be doing this in 12 locations this summer.”

At $5 a round, that means courses appear to not be drawing the usual green fee payment they would from junior players. However, that fee for each player is subsidized by a partnership between all the bodies associated with this program, as well as the national and provincial golf bodies. In that way they come together to top up the regular fee so the host courses don’t lose anything financially.

“The client is only going to be paying $5 to get them into the game, any kid up to 18 years old,” Berube added. “Through fundraising efforts at Golf Canada, Alberta Golf and Youth on Course, along with the agreement we signed with the golf courses, that’s where the subsidy comes from, so no one is really out.”

There will be some restrictions on when they kids can play, set by the establishment where they’re teeing up, said Berube, noting there are “Already restrictions in place so it will be up to the golf courses when they can play, but for the most part they’ve been extremely open to this. All these golf courses want kids at their course.

“We’ve strategically picked courses throughout the province so they’re not all concentrated in one area. By spreading it out, the perimeter of Edmonton, the perimeter of Calgary, we’re hoping to drive interest.”

A large part of this program is aimed at youth aged between 14 and 16 who may have friends who are new to the game. In order to have them tag along because of the bargain-basement pricing, and give the game a try, it’s hoped they’ll get hooked and stay with the sport in years to come.

And if you’re wondering how good an idea this is for fostering growth in the game, you need to look no further than the success rate it has had down south. Operating in every U.S. region, Youth on Course has more than 50,000 active members. Since 2006, juniors have played more than 10 million holes and 765,000 rounds while the organization has helped generate more than $5.2 million in tee-time revenue reimbursed back to individual golf courses.

Asked point-blank if this idea was about getting more kids playing golf or kids playing more golf, Berube began answering by acknowledging that was a key question.

“That’s a good question. I think it’s more along the lines of getting more kids to play golf. Once kids start playing golf and realize there are so many opportunities to play this game … it’s helping to dispel the myth of how expensive golf is or can be. The golf industry is trying to do things to incentivize potential golfers, more golfers,” and this idea of $5 green fees does away with some of the cost associated with the sport.

While this program has really yet to tee off, as courses in Alberta are just beginning to swing their gates open for the 2019 season in early April, Berube feels the idea of Youth on Course is heading in the right direction for the future good of the game.

“We don’t really have a measure of success for the program just yet, but if the interest at the operator level is any indication,” this idea is about to explode. “We have to reimagine our existing programs and try and do things. We’re flipping the pyramid over, concentrating on the bottom side of the pyramid rather than the top. This isn’t about elite competition, elite athletes, the core golfer. This is about trying to grow the base of the pyramid.”

In closing, Berube described this as the best thing in the world for young golfers and their parents’ wallets.

“It’s almost better than free! People think, ‘No, it can’t be free,’ that there must be some catch to it.”

So while Youth on Course isn’t free, it certainly isn’t expensive and is a great way to encourage kids to get out and enjoy the sport of a lifetime.

For more on this emerging idea, go to albertagolf.org.