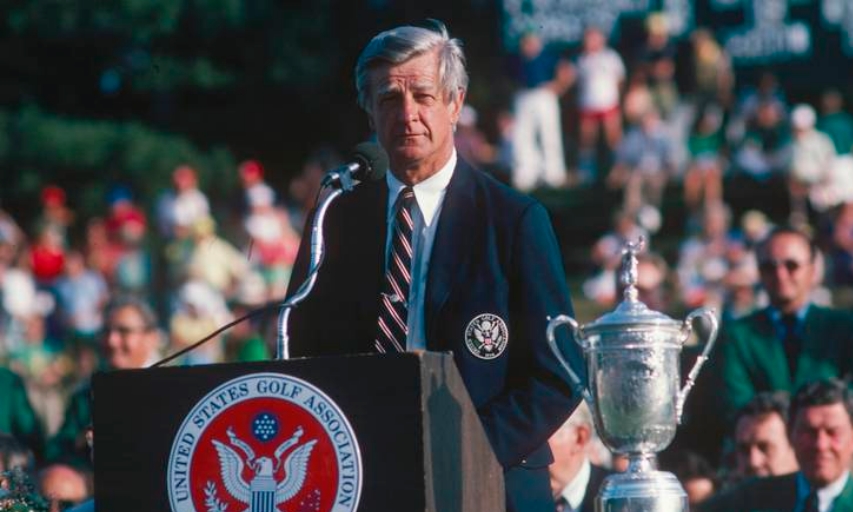 "All of us at the USGA are deeply saddened by the passing of truly one of the great individuals ever involved with golf," Mike Davis, the USGA's executive director, said in a statement. "Sandy Tatum certainly impacted the USGA in immeasurable ways, but more important were his countless and significant contributions to the game. He will long be remembered as one of the greats in golf."

After the 1974 U.S. Open at Winged Foot, won by Hale Irwin at 7-over par, Tatum — then chairman of the Championship Committee — said: "We're not trying to humiliate the best players in the world, we're simply trying to identify them."

The Rhodes Scholar and longtime San Francisco lawyer was an accomplished player, winning the 1942 NCAA individual title and leading Stanford to team titles in 1941 and 1942.

At age 16, he watched Jesse Owens win the long jump in the 1936 Berlin Olympics.

His wife, Barbara, died in February.