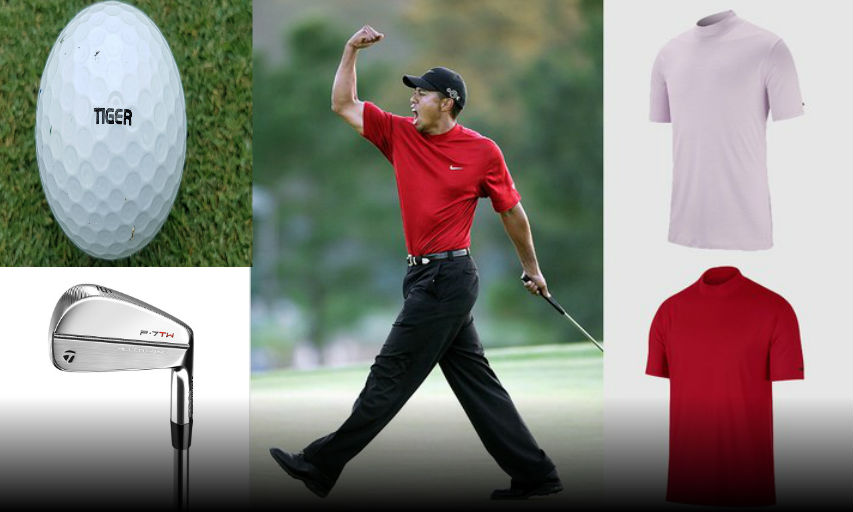 When Tiger finished off his 5th green jacket win, Bridgestone, Taylormade, and Nike reaped the benefits...

Manufacturers like Taylormade and Bridgestone took a chance on Woods when his contract with Nike dissolved as Nike exited the hard goods industry.

It was taking a big chance as Tiger's image, health and subsequently his golf game disappeared.

Clearly many did not see this coming after his late Tour Championship win last year.

We saw the "Tiger Effect" following the big win as all golf fans wanted to play and wear everything Tiger does.

Here is a breakdown on each golf company and how the win at Augusta benefitted their company:

Taylormade began to focus on Tiger before his putt on 18 even dropped on Sunday making him a focal point of their business strategy unveiling the new P7TW Irons that Tiger plays a couple of weeks before the Masters even began.

Woods has helped the brand to rethink the way metalwoods are designed in certain areas in the new M5 and M6.

If you follow golf and watch the Golf Channel you have come across Bridgestone's new commercial staring Bryson DeChambeau and Tiger debating on the benefits of the new E12 golf ball.

The gamble that the company made is now paying off big time with Woods' win.

“We’re calculating the effect on sales and though it’s speculative at the moment I think a 30 percent increase in sales of the Tour B XS model he plays between now and Father’s Day is a reasonable estimate,” said Dan Murphy, CEO of Bridgestone Golf.

“There are a lot of people who will say, ‘I want to play Tiger’s ball.’”

The most talked about item of Tiger's repertoire this week has been the return of the Nike "Mock Neck" polo that Woods pattented in the early 2000s.

He displayed an array of different colors during Masters Week but the signature red on Sunday had the golf world blazing to find one.

Golf e-commerce websites blew up with traffic and caused Canada's biggest golf retailer, Golf Town, to have overloaded servers and the website was shut down.