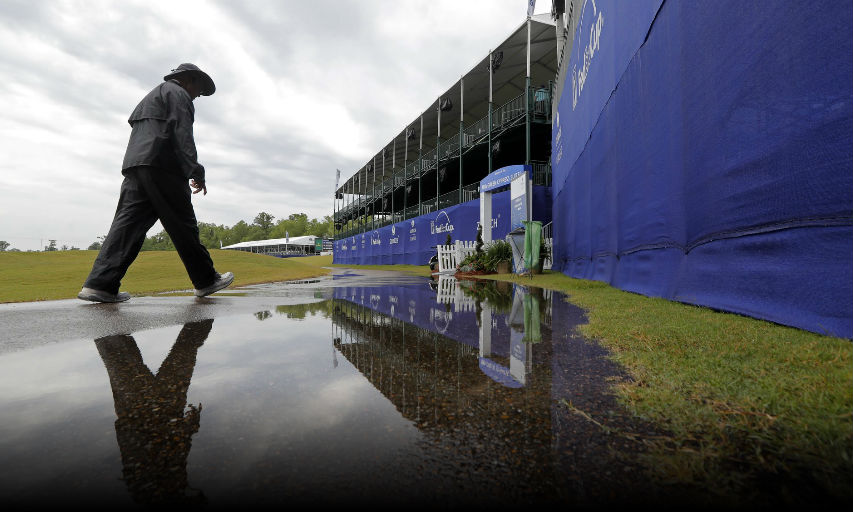 AVONDALE, La. (AP) — Nearly three inches of heavy rain and lightning forced a stoppage in play lasting more than seven hours Thursday during the first round of the Zurich Classic team event.

The first players to tee off were on the course for a little more than 2 1/2 hours before the horn sounded to suspend play.

The tandem of Joel Dahmen and Brandon Harkins left the course with the lead at 6 under through nine holes at the par-72 TPC Louisiana course southwest of New Orleans.

One group played as many as 10 holes before play was stopped.

Play resumed in the evening with just more than two hours of daylight left.

As the only team event on the PGA Tour, the Zurich Classic field is comprised of 80 two-player teams that play a best-ball format in the first and third rounds and alternate shot in the second and final rounds.