Get Shafted - You'll Be Glad You Did 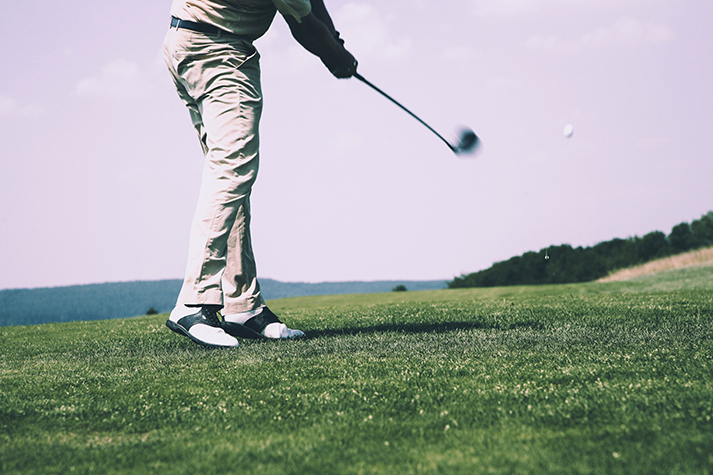 This is a real-life testimonial from a real-life active and avid golfer. The account offered here should open the eyes and minds of many out there who love the game, desire to improve and perhaps didn't realize what a simple fix merely getting fitted for the correct shaft(s) can be. - ed

So, you’re at the golf course one day and you notice that one of the friends you’re playing with is hitting their driver much further and much more consistently than they have in the past.

This immediately grabs your attention because, as amateur golfers, most of us are obsessed with hitting it longer and straighter.

Forget the old adage, “Drive for show, putt for dough” - where’s the fun and excitement in that?

As a result, I had a chat with my playing companion and discovered that he had gone to a golf fitting location and had the appropriate shaft fitted to his driver. Now, we’ve all likely heard that the shaft is the 'engine' of the golf club, but here I was seeing actual evidence of it!

"Distance is far more of an indicator [of success] than accuracy, that's maybe not true at the U.S. Open ... but overall, if I have the choice of giving someone five extra miles per hour in clubhead speed or have him hit the corresponding amount of more fairways, net earnings will increase more from the extra swing speed."

I got the name and number of the company from him (in this instance Modern Golf in Richmond, BC) and went on-line to get further information. They appeared legitimate and I had my own visual evidence of the results from watching my friend pound the ball even further past me than normal. I booked an appointment on-line through the website for the following Saturday afternoon.

The day arrived and I showed up at the facility not really knowing exactly what to expect. The lady at the front desk was friendly and confirmed my appointment. The walls were adorned with more shafts than you could possibly imagine.

After a short period of time I was introduced to Jeff, the fellow who was going to put me through my paces. We went into a room with a TrackMan® launch monitor and a screen to hit into. Jeff gave me a 6-iron and some balls to hit to warm up.

I like my driver head, which is a TaylorMade M4, so I was really only looking for a shaft that would fit my swing. I’ll cut the particulars of the process short at this point, but suffice to say I hit approximately 130 golf shots with between 12 to 15 different shafts attached to the head of my driver. Believe me when I tell you I was exhausted long before I hit the 130th ball.

We finally got down to 2 shafts that Jeff was happy with; one was a blue-grey Diamana™ shaft and the other was a shaft that was a shade of red that I never knew even existed. Fortunately for me, the Diamana™ blue-grey shaft turned out to be the one that suited me best.

I explained to Jeff that, regardless of what TrackMan® might tell him, I couldn’t possibly play with the red shaft, as showing up on the first tee with that shaft people would expect me to hit the ball like a PGA pro. Secondly, and most importantly, I didn’t have anything that I could wear with it.

The shaft arrived on Thursday and I drove out to Richmond to pick it up and told Jeff I was planning on writing this article regardless of whether the product turned out to be 'as advertised' or not. He seemed okay with that and was pretty confident that I would notice an appreciable difference.

We were having a two-man team, two-day tournament that Saturday and Sunday at my home club and I was more than a bit apprehensive about letting my partner down if the shaft didn’t work out.

As I hit my first tee-shot straight down the middle and about 28 yards further than I’d ever hit my best drive with my previous shaft, my apprehension thawed a bit. And it wasn’t a 'one off'. I consistently hit my driver a minimum of 20 yards further than before. Believe me it’s nice having two less irons in your hand hitting into greens.... thanks Jeff!