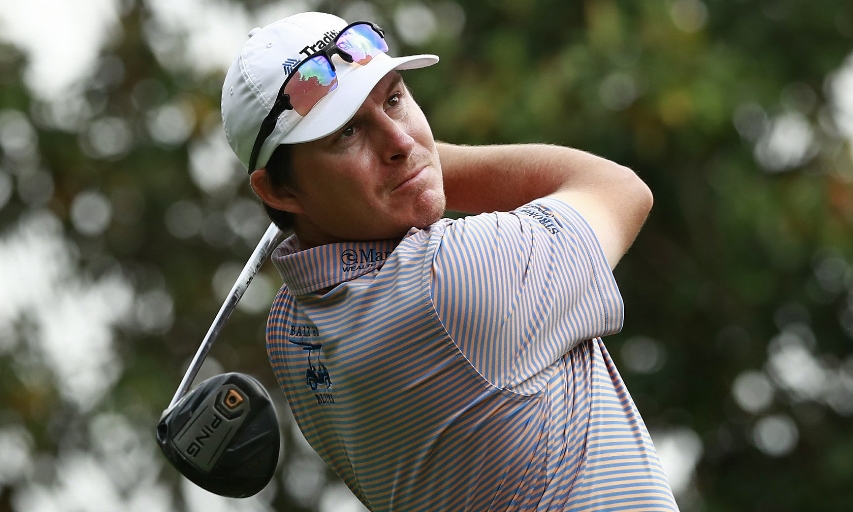 Nor does he want to be.

“I don’t practice as much as a lot of the other guys out here,” he said as he glanced at the Quail Hollow Club practice green where dozens of golfers were working on their putting.

Yet here he is at 10 under and one shot behind leader Jason Dufner heading into the third round of the Wells Fargo Championship. He is on pace to collect his largest paycheck and compete for his first PGA Tour win.

He was planning on celebrating his two-day success at Quail Hollow Club by taking his wife to see Lady Antebellum in concert Friday night. He also was hoping to sleep in Saturday but lamented “my trainer will probably make me work out.”

Don’t get him wrong.

Dahmen would like to win, and knows he’s talented enough to string together four days of solid golf together. But he’s just not going to become obsessed with filling up a trophy case.

If it sounds like the 31-year-old Dahmen’s priorities are a little different from most pro golfers, you’re right.

That’s largely a reflection of his past.

“I’ve been through life and death — and this is not it,” Dahmen said, referring to the PGA Tour.

Dahmen has won before — twice, actually. Both came in 2014 while on the Canadian tour, where he muddled around for five years. He earned his PGA Tour card in 2017.

His best finish on golf’s top level is a tie for second place at the John Deere Classic last year, earning him a career-best $382,800. His career earnings on the PGA Tour are about $2.7 million.

He likes competing — and he loves the money — but said he’d be just as happy doing his own radio sports show where listeners can rip him on social media for his comments.

Frankly, he’d be just as content throwing a stick to his 5 1/2-year-old black lab, Murphy, or playing in a local bar tournament in Scottsdale, Arizona, called the Hack Masters, as he did a couple of weekends ago while Woods was claiming his latest green jacket at Augusta National.

He joked that he’s only person in the world who didn’t watch Woods win because he was drunk on the golf course with his buddies.

The good thing, he said, is his team emerged as Hack Masters champion, which he joked is a little bigger deal than winning the real Masters.

At the moment, Dahmen is playing the best golf of his career.

He made the cut in his last six starts and played those tournaments in a combined 46 under par.

He’s been a fast starter, landing himself at the top of the leaderboard after the first round in three of his past five starts. The problem has been staying there. His best finish during that span is a tie for 12th.

But after back-to-back 66s at Quail Hollow, Dahmen has positioned himself for another big pay day and perhaps his first PGA win.

“Hey, the weekend is a whole other animal,” he said. “There’s so much golf left. You know, I could come out and lay an egg and no hears from me again.”

If that happens, he will take it in stride.