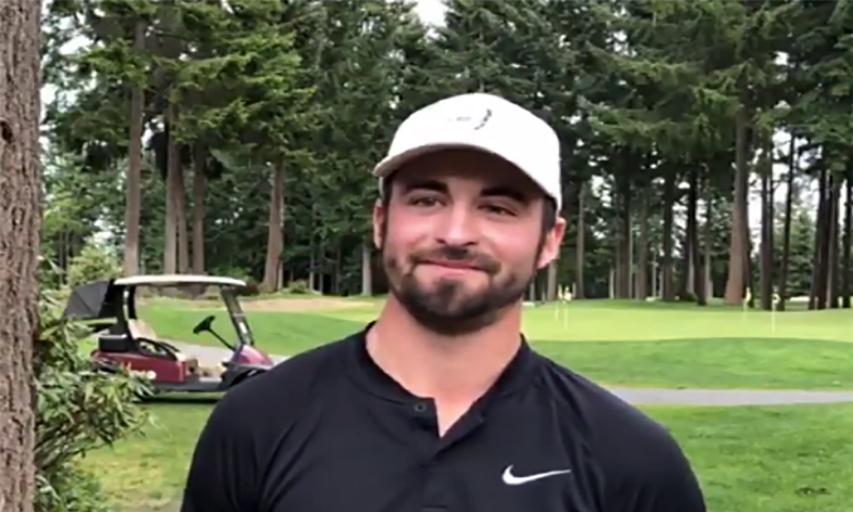 Golf season is well under way and in British Columbia that also signals the return of 'Ziemer's B.C. Golf Notes' as our own Brad Ziemer keeps us up to date on what's happening around the golf world with respect to players and people from our beautiful province. Enjoy. - ed

The third time was the charm for Burnaby’s Michael Belle at the Mackenzie Tour-PGA Tour Canada Qualifying School. Belle had failed to make the grade in two previous Q-School attempts at Crown Isle Golf Resort in Courtenay. But this time was different.

Belle was Mr. Consistency as he strung together four straight sub-par rounds of 70-69-69-70 to finish tied for sixth place at 10-under par.

That earned Belle solid status for this year’s Mackenize Tour, which begins May 23-26 with the Canada Life Open at Point Grey Golf & Country in Vancouver. Belle is guaranteed starts in the first six events and then will be subject to the reshuffle. What that means is that if he makes some early cuts he should be able to play the entire schedule.

“This was my third time at this site and my first good showing, so I couldn’t be happier representing Canada on the Mackenzie Tour,” said a relieved Belle, who plays out of Vancouver Golf Club and was runner-up at the 2014 British Columbia Amateur Championship.

Belle began Friday’s final round at Crown Isle in solid position, but had to overcome some early jitters en route to posting his two-under 70. “I started pretty bad,” he said after his final round. “I was three-over pretty quick but then played my final 11 (holes) five-under to get my number. So I was really happy with the mental grind.”

OPEN SEASON: Belle is one of a number of B.C. players who will be teeing it up in a RBC Canadian Open regional qualifier Monday at King’s Links Golf Course in Delta and then heading down to Gold Mountain Golf Course in Bremerton, Wash., for a U.S. Open local qualifier on Tuesday.

CLIMBING THE LADDER: It has been a great spring for past winners of the Mackenzie Tour’s GolfBC Championship. It started back in late March when Dan McCarthy, winner of the inaugural GolfBC Championship at Gallagher’s Canyon in 2016, won the Web.com Tour’s Savannah Golf Championship in Georgia. Robby Shelton, the 2017 winner in Kelowna, followed suit on Sunday. The Alabama native won the Web.com Tour’s Nashville Open in a playoff. He and McCarthy are now virtual locks to advance to the PGA TOUR next season.

Another former Mackenzie Tour winner had a big day on Sunday. Joel Dahmen, the University of Washington product who won the Mackenzie Tour’s inaugural PC Financial Open at Point Grey in 2014, finished solo second at the PGA TOUR’s Wells Fargo Championship on Sunday.

Taylor will be joined by fellow British Columbians Roger Sloan and Adam Svensson at the AT&T Byron Nelson tourney in Texas. Hadwin is taking the week off, but will be in the field for the PGA Championship the following week at Bethpage Black in New York.

OPENING DAY: Two of the three Whistler courses open for the season this week. Whistler Golf Cluband Chateau Whistler both open for business on Friday, May 10. Nicklaus North is opening on Thursday, May 16. Big Sky in Pemberton, which this summer plays host to the B.C. Amateur Championship, opened for play on April 26.

LITTLE A LEGEND: Procter’s Jackie Little is one of four top senior women amateur players from the Pacific Northwest who have received exemptions to compete with members of the Legends Tour in next month’s Suquamish Clearwater Legends Cup in Kingston, Wash. “I’m really excited to play with the professionals -- something I have never done,” Little said. “It will be very cool to play among the professionals I have idolized.