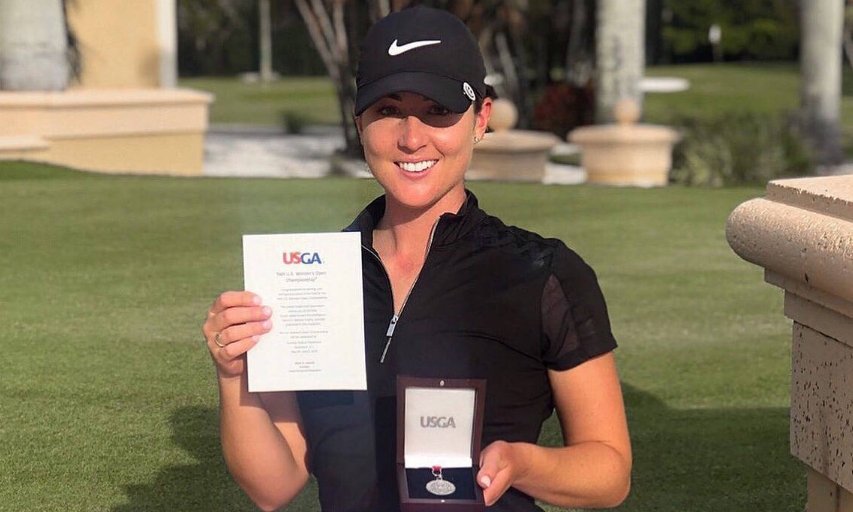 Kelowna’s Megan Osland won the 36-hole U.S Women’s Open Sectional Qualifier held at the Bradenton Country Club in Florida, Monday, May 6th shooting 3-under par 68 in the first round and 1-under par 70 in the second to finish 4-under in the one day tournament.

This secured her a spot in the 2019 U.S Women’s Open Golf Tournament to be held at the Country Club of Charleston in South Carolina May 30-June 2.

Born and raised in Kelowna and a graduate of Kelowna Secondary School, Osland was recruited on a full scholarship to play division one golf at San Jose State. She had an impressive four-year career in California and was named to the First Team All Mountain West for the 2014-15 season.

Osland, who also finished 8th at in the 2014 BC Women's Amateur, graduated from San Jose State University in December 2015 with a Bachelor of Science Degree in Recreation Management where she was the Captain of the Women’s Division 1 Golf Team and won the Juli Inkster Invitational and the Wyoming Cowgirl Desert Intercollegiate in her final year.

She earned her first professional win, which included an incredible round of 11-under-par, in October 2018 and is currently playing on the LPGA's Symetra Tour with hopes of securing full LPGA status by the end of the season.