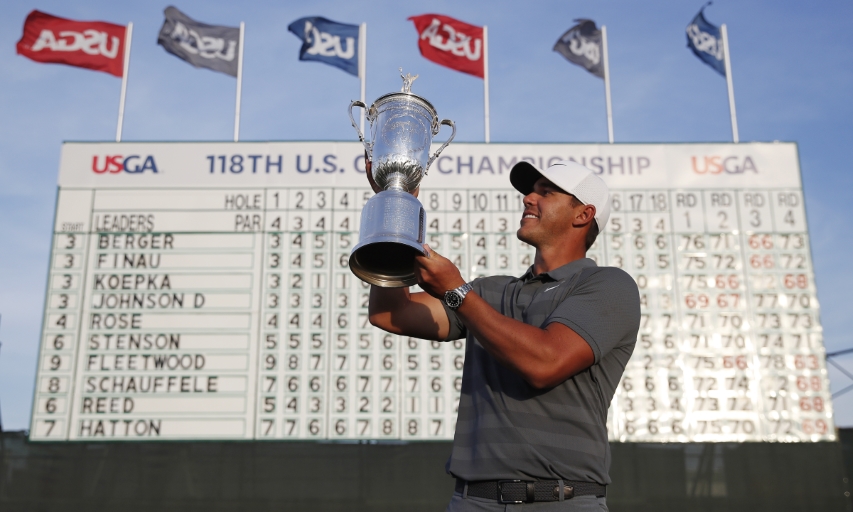 The Course: Designed by two amateur players, Jack Neville and Douglas Grant, Pebble Beach opened in 1919. Jack Nicklaus redesigned the par-3 fifth hole along Stillwater Cove for the 2000 U.S. Open. It was bought 20 years ago by a group that included Arnold Palmer, Clint Eastwood, Peter Ueberroth and Dick Ferris.

Last Year: Koepka became the first player in 29 years to win back-to-back in the U.S. Open by closing with a 2-under 68 at Shinnecock Hills for a one-shot victory over Tommy Fleetwood. Koepka set himself up with a 72 in a third round so difficult the last 45 players to tee off failed to break par. The USGA pledged to put more water on the course, and Fleetwood responded with a 63. He finished when Koepka still had 11 holes to play. Koepka never lost the lead. He finished at 1-over 281.

Three in a Row: Koepka will try to join Willie Anderson (1903-05) as the only players to win the U.S. Open three straight years.

Grand Slam, Part III: Phil Mickelson is the third player this year to try for the career Grand Slam, following Rory McIlroy at the Masters and Jordan Spieth at the PGA Championship. This is Mickelson’s fifth U.S. Open with a Grand Slam at stake.

Tiger Tales: Tiger Woods was No. 80 in the world and winless in five years going into the U.S. Open last year. Now he is No. 5 and the Masters champion.

Noteworthy: Tiger Woods, Jack Nicklaus and Ben Hogan are the only players to win a PGA Tour event and a major on the same course in the same year.

Quoteworthy: “Arnold Palmer said to me years ago, ‘You should be exhausted Sunday night.’ It should be the hardest test because it’s the U.S. Open.” — two-time U.S. Open champion Curtis Strange.