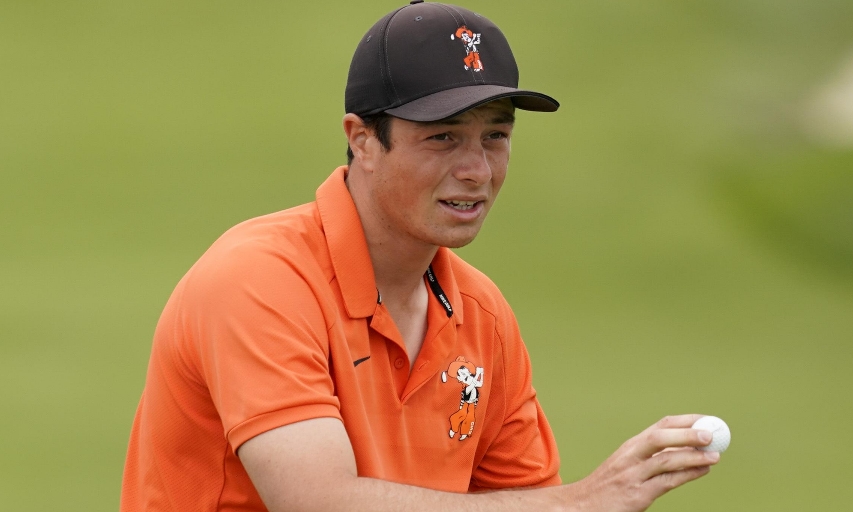 Hovland shot a 4-under 67 in the final round of the U.S. Open at Pebble Beach to finish the weekend at 4-under 280, breaking Jack Nicklaus’ record by two strokes for the lowest score ever for an amateur at the U.S. Open. Nicklaus set the mark in 1960 at Cherry Hills.

“It’s obviously cool to perform such a thing,” Hovland said. “And I hope that this will feed or I can feed off of this going into my professional career and do more things like this and be in contention of winning tournaments.”

The next time Hovland plays it will be for money next week at the Travelers Championship. He accomplished plenty as an amateur. He won the U.S. Amateur here at Pebble Beach last year, won a team collegiate title at Oklahoma State in 2018 and was the low amateur at the Masters in April with a score of 3 under.

Hovland became the first player to be the low amateur at the Masters and U.S. Open in the same year since Matt Kuchar did it in 1998.

The only thing that didn’t go Hovland’s way was the fact he finished in a tie for 12th place, one shot out of the top 10 and an automatic berth in next year’s U.S. Open.