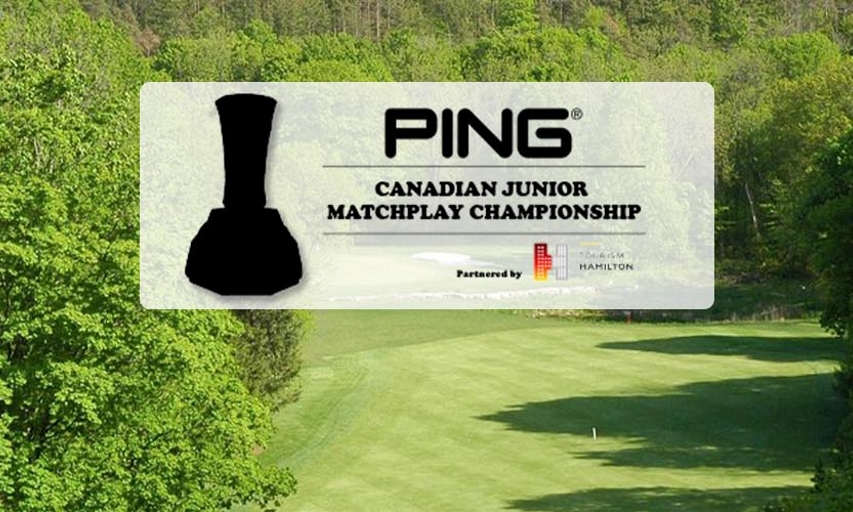 HAMILTON, Ontario — The Kings Forest Golf Club in Hamilton, Ontario is set to host an elite field of Junior golfers this week as 94 boys & girls ranging in age from 12-18 will tee it up in the CJGA’s first major of the season, the PING Canadian Junior Match-Play Championship partnered by Tourism Hamilton.

Canada’s only National Match-Play Championship for Junior Age players will take place over the course of 4 days, July 2-5, on the challenging 7000 yard, par-72 course layout nestled in the beautiful Red Hill Valley area of Hamilton. The course which features multiple elevation changes and lush mature tree-lined fairways will prove a true test for the competitors as it will put a premium both length and control off of the tee.

“We are excited to be able to bring this elite championship to the Hamilton region and have the players compete on such a fair but challenging course in the Kings Forest Golf Club. The unique challenge of the courses length and mature layout will ensure that the players who rise to the top as the eventual champions will be truly deserving of the title.” Stated Tyler Torrieri, Tournament Director for the Ping Match Play Championship.

Now in its 18th season, the PING Canadian Junior Match Play Championship moves into the Hamilton region for the first time as part of a three year partnership with the City of Hamilton and Tourism Hamilton. The championship represents one more opportunity to help showcase the great golf courses and golf environment that the City & region have long possessed. Earlier this year the Hamilton Golf & Country Club in Ancaster, played host to the RBC Canadian Open, where Rory McIlroy took home the title.

“We want to Thank the City of Hamilton and Hamilton Tourism for partnering with the CJGA to help bring this elite junior event to the region, and recognize the unique opportunities that supporting Junior Golf and championships such as this can have on the next generation of PGA TOUR & LPGA Tour Stars. We also want to recognize PING Canada for their continued support of this tournament and the CJGA, without their longstanding support of our programs opportunities for juniors to compete in tournaments such as this in Canada wouldn’t exist.” Stated Brad Parkins, Chief Operating Officer of the CJGA.

The first round of competition will get under way tomorrow, July 2, with participants taking part in two days (36 holes) of stroke play competition to determine seeding, before the field will be cut down into multiple rounds of Match Play to be held on July 4 & 5.

For complete details on the event including the starting field and opening round pairings please – Click Here!

In 2001 the PING Canadian Junior Match Play Championship was incorporated into the CJGA tournament schedule to provide junior golfers with outstanding skills an opportunity to compete in a match play format. Juniors gain a valuable experience due to the tournaments’ strength of field and have a chance to evaluate their skills against some of the nation’s best junior golfers. This tournament is the only national junior match play event in Canada.

This mandate is driven by a commitment to promoting travel to Hamilton while celebrating the city’s unique character as it undergoes an exciting renewal. Hamilton welcomes more than six million visitors annually who spend an estimated $530 million in the city. For more, visit: www.tourismhamilton.com.