Husband and Wife Team of Phil and Patty Jonas Among Five New Inductees to the B.C. Golf Hall of Fame 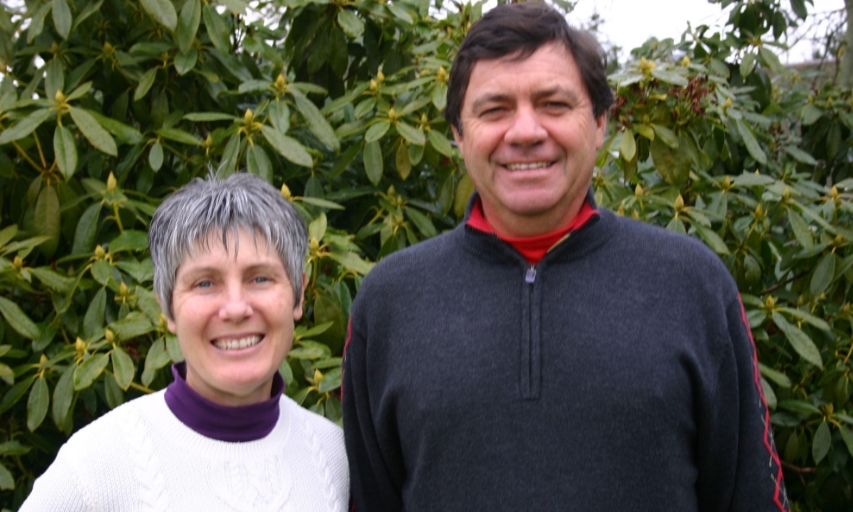 They met on a driving range and 36 years later that is still a place that feels like home for Phil and Patty Jonas.

Phil Jonas and Patty Grant were both playing collegiate golf for Lamar University in Beaumont, Tex., when the game brought them together. They had a driving range at Lamar and we just happened to both be practising on a Saturday,” Phil says. After a six-year courtship, they married 30 years ago and settled in the Vancouver area.

Their significant accomplishments as players has the husband-and-wife team heading into the British Columbia Golf Hall of Fame together. The Jonas’s, along with Lynda Palahniuk, Bill Hobbis and Babs Davies, will be formally welcomed into the Hall of Fame at an Oct. 23 ceremony at Shaughnessy Golf & Country Club.

“It’s kind of unique isn’t it,” Phil Jonas said of entering the Hall of Fame with his wife. As one of the world’s top junior golfers growing up in South Africa, Phil Jonas had no idea his golf career would take him halfway around the world. “I didn’t even know where British Columbia was back then,” he said with a laugh. “It sounded like an exotic place.”

Both Phil and Patty are thrilled to be entering the Hall of Fame together. “I am very happy and I am proud and honoured,” Patty said. “To go in with Philip is a bit overwhelming to be honest. I am obviously very proud of him.”

“I would say I am more happy that Patty is getting the recognition,” added Phil. “Women often have to put their careers on hold when they have kids, so their careers are shorter. It’s not really an equal world as much as we try and make it.

"Patty really hasn’t played much golf since we had kids. Her career was good, but it could have been a whole lot better, so I am glad she is getting an opportunity to get recognized. There are a lot of people around here who have no idea about her record.”

Patty, who was a competitive swimmer before she first touched a golf club at age 14, won the B.C. Women’s Amateur Championship in 1984 and 1985. She won a NCAA tournament while at Lamar and after turning pro earned several other wins, including three PGA of BC championships.

Her competitive career was put on hold when life got busy with their two children, Emma, now 21, and Patrick, now 18. “It is kind of difficult to explain, but it (her playing career) was so long ago that you almost don’t feel worthy of it in some way.” Patty said. “Philip has continued to play his whole life and his accomplishments are still going on and mine kind of stopped.”

Patty has continued to teach part-time at Phil’s golf academy based at Hazlemere Golf Club in Surrey and she has started playing regularly once a week for the first time in many years. Phil has never stopped playing. He competed on the PGA TOUR briefly after finishing his collegiate career at Lamar, where he was a two-time all-American, and was a fixture on the old Canadian Tour (now the PGA Tour-Canada-Mackenzie Tour circuit).

He won the Peru Open twice and beat a field that included the likes of Ernie Els, John Daly, Retief Goosen, Tom Lehman and David Feherty when he won the 1990 Goodyear Classic Championship on the South African Tour. He has won multiple PGA of BC and PGA of Canada titles and competed on the European Senior Tour.

“It is cool,” Phil said of his Hall of Fame induction. “You don’t think about halls of fame when you are playing. I really like the history of the game. Sometimes I get aggravated with some of the kids you teach and you mention Nick Price or someone and they have no idea who he is. I was never one of those guys. Even though I am a transplanted Canadian, I know a lot about the Canadians that I have never even met. It’s really nice, I don’t know how else to say it.” 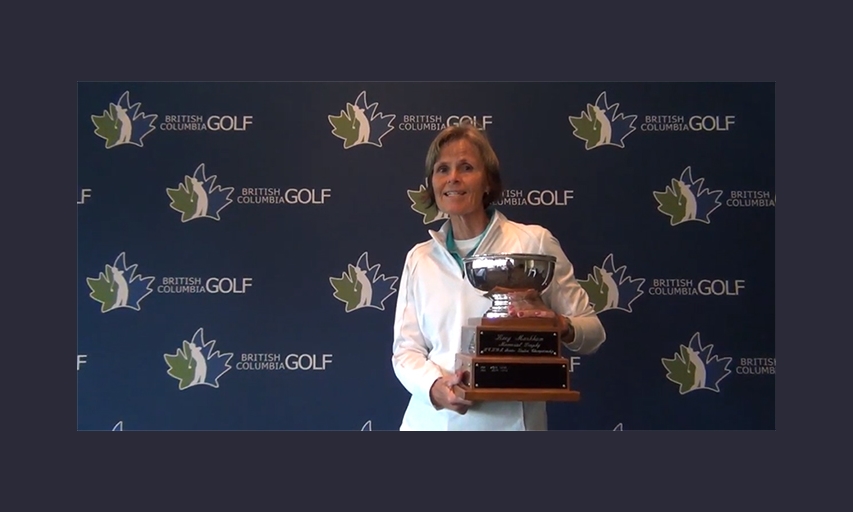 Lynda Palahniuk Holds The BC Senior Women's Trophy After Her Win In 2013. (Video Capture)

Lynda Palahniuk is heading to her second provincial golf hall of fame. The longtime Kelowna resident was inducted into the Manitoba Golf Hall of Fame in 2009. “I didn’t really expect it because I didn’t think I had done enough in B.C. to warrant it, but I am thrilled to hear that they selected me,” Palahniuk said.

Her B.C. selection is largely due to her impressive record as a senior golfer. She won two B.C. Senior titles in 2002 and 2013.  “The second one was special because it was 11 years later and of course I was 11 years older,” Palahniuk said. “You kind of think as time wears on that’s not going to happen.”

Her biggest senior win came in 2003 when she won the Canadian Senior title. “That was a really good field,’ she said. “Carol Semple Thompson and Marlene Streit were both there.”

Bill Hobbis joked that he will always remember when he got the phone call informing him of his Hall of Fame selection. “I found out in the middle of the Yankees-Blue Jays game I was watching two nights ago,” he said.

The 62 he shot in the 1974 Simon Fraser Open still stands as the course record at Prince George Golf Club. Hobbis, a former Royal Canadian Golf Association governor, has worked as a rules official for much of the past two decades.

Babs Davies is being inducted in the Hall of Fame’s Legends category. Davies, who died in 1996, won three straight B.C. Ladies Championships in the early 1950s, two Vancouver City championships and was the Canadian Women’s Closed Champion in 1949.  Davies worked for 12 years as an assistant professional at Penticton Golf Club.

Tickets to the induction ceremony will be available after Sept. 1 by contacting the BC. Golf Museum via email at This email address is being protected from spambots. You need JavaScript enabled to view it..