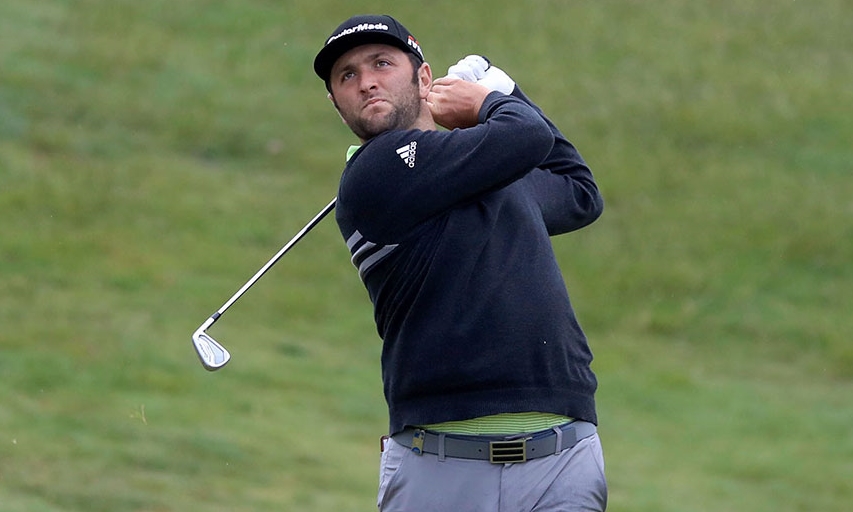 LAHINCH, Ireland — Jon Rahm captured the Irish Open title for the second time in three years after shooting 8-under 62 in the final round to win by two strokes.

It was the Spaniard’s second victory of 2019, after winning the Zurich Classic team event on the PGA Tour with Ryan Palmer in April, and the fourth victory in two years on the European Tour.

Rahm tamed the Lahinch links in western Ireland by making an eagle and eight birdies, including one from 3 feet at No. 14 after an approach with a 5-iron from rough right of the fairway. He finished on 16-under 264.

Rafa Cabrera-Bello started the day a shot behind third-round leader Robert Rock but was in front by two strokes after making three birdies in his first five holes. He was soon passed by the rampaging Rahm, and fell away by bogeying four of the first six holes of the back nine.

Andy Sullivan and Bernd Wiesberger both shot 66 and were tied for second place. Rock (70), Cabrera-Bello (69) and Eddie Pepperell (69) were tied for fourth, a further shot back.

Rock, Wiesberger, and Paul Waring all earned spots in the British Open for being the highest finishers in the top 10 among players who aren’t otherwise exempt.