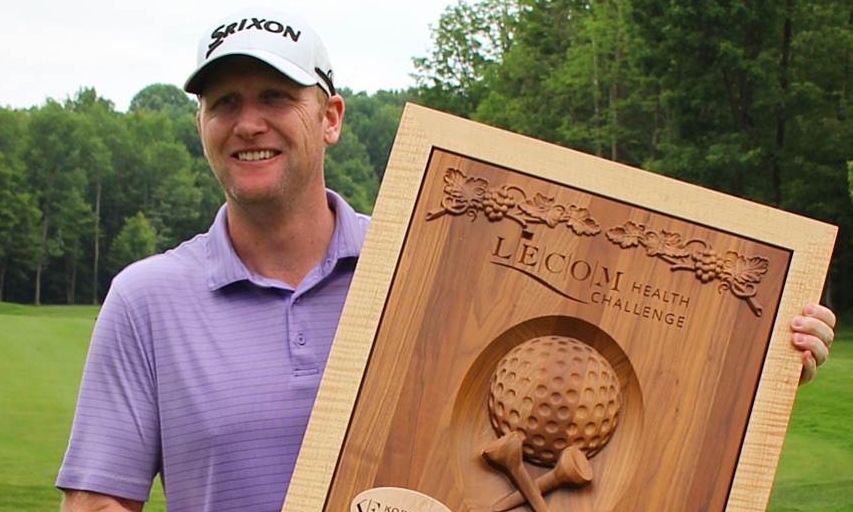 FINDLEY LAKE, New York — Ryan Brehm lost a two-shot lead with a double bogey on the final hole, and then made an 8-foot birdie putt that swirled all the way around the cup on the first extra hole to beat Tim Wilkinson in a playoff and win the Lecom Health Challenge on the Korn Ferry Tour.

Brehm appeared to have it wrapped up with a two-shot lead playing the par-5 18th at the Peek’n Peak Resort. But his third shot came up well short and into a hazard, leading to double bogey and a 4-under 68.

It was the fourth straight tournament decided by a playoff, setting a Korn Ferry Tour record. Brehm had the advantage with a second shot just right of the green, but his chip was hot and ran 8 feet past the hole. Wilkinson’s 10-foot birdie putt caught the left edge, and Brehm made the winning putt, one hole later than he expected.

Brehm goes to No. 5 on the points list, all but assuring a return to the PGA Tour next year.

Chase Seiffert closed with four straight birdies for a 63 and tied for third with Blayne Barber (67) and Will Zalatoris (68).