How a Viking Became a Rules Official 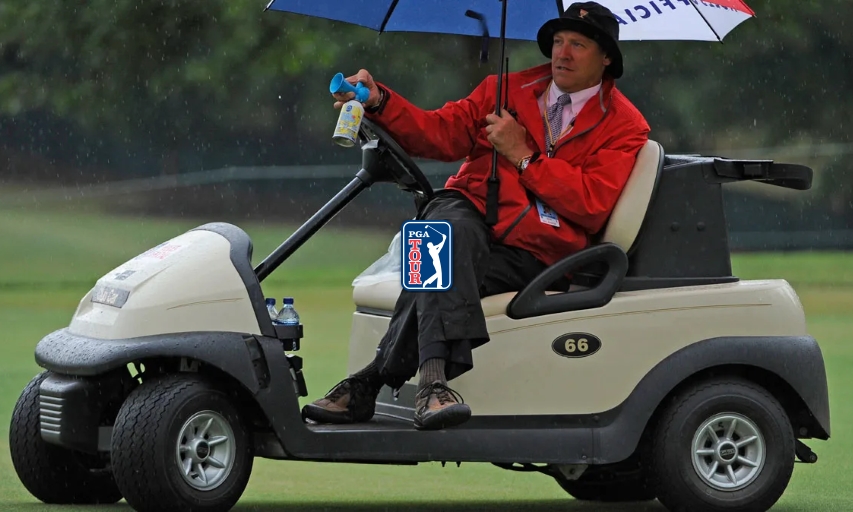 It was Christmas 1989 when Mark Dusbabek made his first start for his hometown team. It came on Monday Night Football, in a winner-take-all contest between the Minnesota Vikings and Cincinnati Bengals at the Metrodome. The winner advanced to the postseason.

Dusbabek grew up an hour south of Minneapolis. His family was interviewed by the local news before the game. Then the linebacker from Faribault starred before a national audience. He intercepted a Boomer Esiason pass and forced a fumble. The Vikings won, 29-21.

“It was probably my best game,” Dusbabek says.

Thirty years later, he’s returning to his home state for another important sporting event. The 3M Open at TPC Twin Cities is the first PGA TOUR event in Minnesota in 50 years excluding majors and the Ryder Cup.

Dusbabek isn’t trying to become the next John Brodie or Tony Romo. He traded in his NFL playbook for the Rules of Golf. He’s worked in the golf industry for three decades, and as a PGA TOUR rules official since 2006.