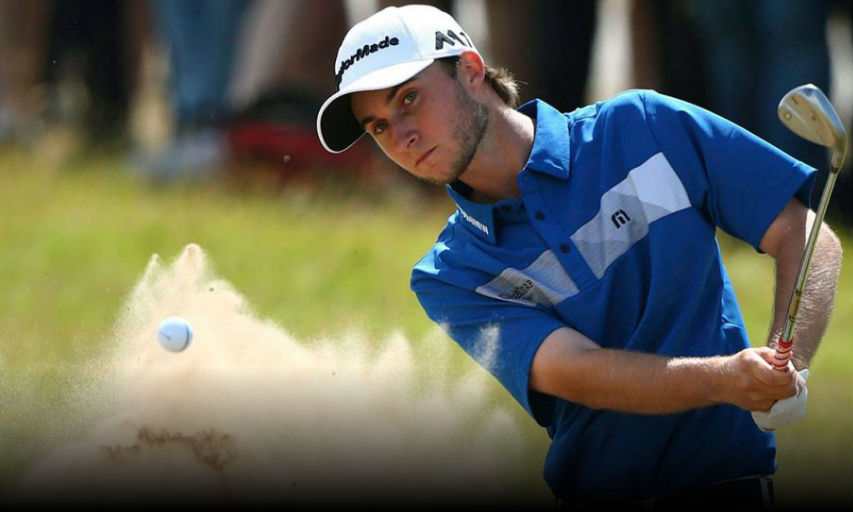 The 2017 British Open was one of the best tournaments of Austin Connelly’s life, putting his young career into high gear.

He’s hoping the 2019 tournament will have the same effect.

Connelly, a dual Canadian-American citizen, qualified for the 2017 Open through a four-man playoff and was in contention until the fourth round at Royal Birkdale in Southport, England before finishing in a tie for 14th.

This year, he’s scuffled on the European Tour but qualified for the major at Prince’s Golf Club in Sandwich, England.

"It definitely jump-started my season back in 2017," Connelly said on Tuesday shortly after finishing up practice at Royal Portrush Golf Club in Northern Ireland.

"I’ve been struggling quite a bit this year, been having some problems with my golf swing. I’ve been ironing it out the last few weeks with my coach and luckily he’s here with me and we’ve been doing some great practice the last couple of days.

"It’s all shaping up. I’m actually very excited about this week and where my game’s at."

They worked at the range — including off the deck, in the middle of the range — that afternoon until staff at Royal Portrush asked them to leave as the course was closing down for the night.

After a 12-hour, jet-lag fuelled sleep, Connelly and McCormick were back at it on Tuesday.

"Just little tiny adjustments trying to get everything synched up, to try and get it back on track," said Connelly, who has been frustrated by his ball striking this season.

The 22-year old believes that part of his driving issues come from his slight frame filling out and affecting his club speed.

"I feel ready. I tee off on Thursday morning and I’m just really excited."

Connelly, who was raised in Texas but holds Canadian citizenship thanks to his dad coming from Lake Doucette, N.S., will be joined by Corey Conners of Listowel, Ont., and Adam Hadwin of Abbotsford, B.C., at the British Open.

It’s the first time three Canadians have played the major since 1991 when Danny Mijovic, Rick Gibson and Jim Rutledge were in the field.

"It’s awesome, I’m really happy that Corey and Adam are here. Hopefully we can do something this week to give the Canadian fans something to cheer about," Connelly said. "It seems like every week (on the European Tour) someone shows up wearing a Canadian hockey jersey or waving a Canadian flag."

Large crowds are expected for the rare time Northern Ireland gets to host the Open, with tickets selling out for the first time in the storied tournament’s 148-year history.