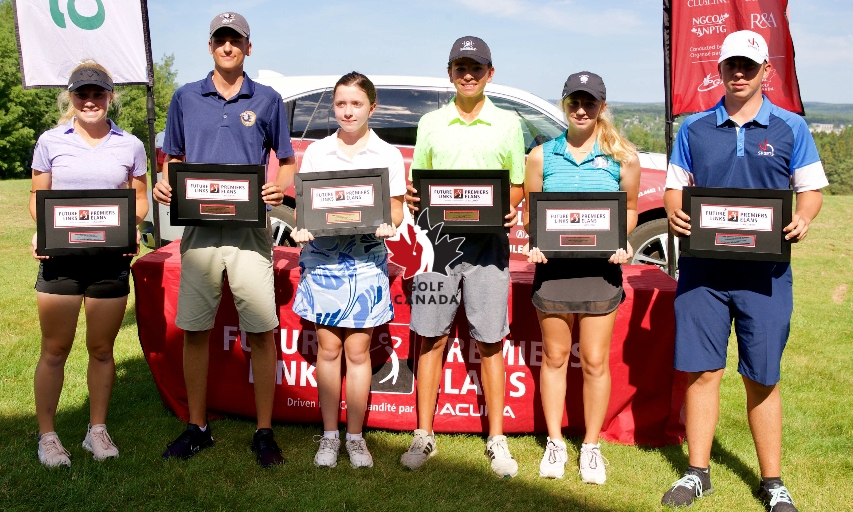 HARTLAND, New Brunswick — Isabella Ferguson of Ottawa completed an incredible comeback to win the girls division, while Malik Dao of Notre-Dame-de-l’Île-Perrot, Que., maintained his lead to the win the boys division at the Future Links, driven by Acura Atlantic Championship at Covered Bridge Golf & Country Club.

Ferguson was in a tie for third entering the final round, trailing leader and defending champion Haley Baker of Halifax by 10 strokes. The 14-year-old carded the only under par round in the girls division over the three tournament days. Her 2-under-par performance was enough to surpass the defending champion, but Baker forced a playoff with birdies on each of her final two holes.

Dao recorded an even-par 72 in the final round to win the tournament by two strokes. He is the second member of the Dao family to capture a Future Links title — his older sister, Céleste, won the 2017 Future Links, driven by Acura Québec Championship.