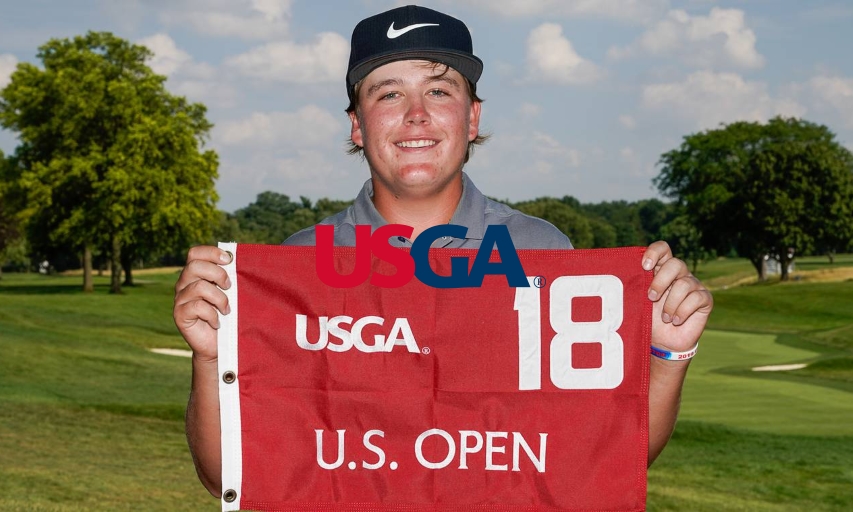 "I don't even know how to explain how it felt," Summerhays said. "It's just one of my goals being accomplished."

Summerhays, the 16-year-old from Scottsdale, Arizona, who spends his summers in his native Utah, ended it with an 8-foot birdie putt on the par-4 17th, a dog-leg left that he also birdied in the morning with a 35-footer after purposely driving down the adjacent 16th fairway.

In the afternoon, Summerhays again tried to play his tee shot down the 16th fairway, but missed and left himself in the rough between the fairways, with a large tree blocking his path.

"It wasn't a terrible lie and I had 174 (yards) to the pin," Summerhays said. "Going downwind, downhill, it really didn't play 174, it played 145 to the front edge. I was like, 'I could get a pitching wedge over that tree and land it front edge and roll it back.'"

He pulled it off.

"That's just a shot of a lifetime at the right time in the biggest tournament," said father Boyd Summerhays, PGA Tour player Tony Finau's instructor. "He'll never forget that and it'll give him confidence when he's in a tough spot. When he hit it, I texted my wife and said that was the greatest shot of his life."

The teen put a good lesson from his father to use on the 17th hole.

"My dad has raised me to let go of bad shots quickly," said Summerhays, coming off his second straight Utah Amateur victory last week. "He's taught me that from a very young age."

Summerhays comes from the first family of Utah golf. Father Boyd played a season on the PGA Tour before becoming an instructor and uncle Daniel Summerhays is a former PGA Tour player who now plays the Korn Ferry Tour. Grandfather Bruce Summerhays won three times on the PGA Tour Champions, and aunt Carrie Roberts is a former LPGA Tour player who coaches the BYU women's team. And 15-year-old sister Grace Summerhays will compete next week in the U.S. Girls' Junior in Wisconsin.

Finau, also from Utah, sent Summerhays a Facetime message from the British Open.

"I'm so proud of you, man. I'm getting chills just talking to you. How's it feels to be a champ?" said Finau, tied for eighth at Royal Portrush said. "All your hard work and dedication is paying off. This is just the beginning, bro. I'm so happy for you, man. I gotta take care of my job tomorrow now."

Summerhays earned a spot in the U.S. Open next year at Winged Foot, and both finalists qualified for the U.S. Amateur next month at Pinehurst. The 17-year-old Jin got into the field as an alternate.