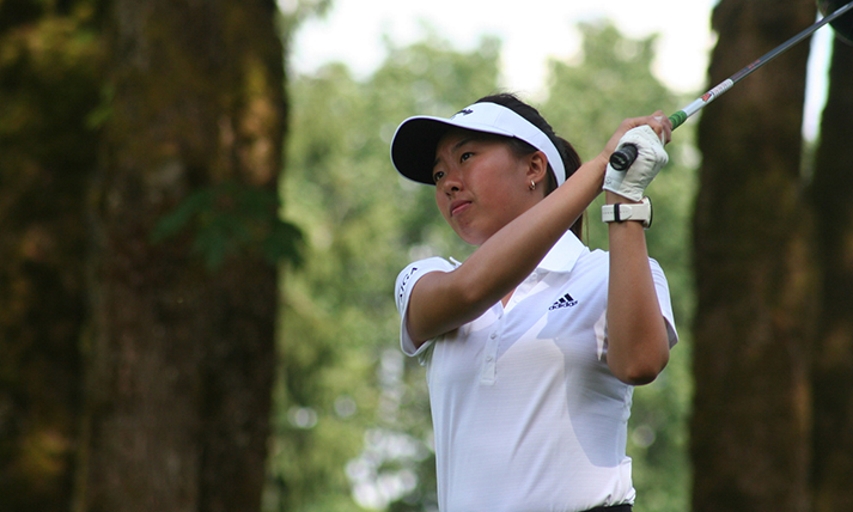 She is one of Canada’s rising young golf talents and 13-year-old Lauren Kim now has a spot in the U.S. Women’s Amateur Championship.

Despite a double-bogey finish, the Surrey resident carded a one-over 73 Tuesday at Seymour Golf & Country Club in North Vancouver to earn one of four spots available at a sectional qualifier for one of the most prestigious events in amateur golf.

It is just the latest accomplishment for Kim, who is heading into Grade 9 at Earl Marriott Secondary. This past spring she won the Future Links Pacific Championship at Pitt Meadows Golf Club, beating a field that included many of Canada’s top juniors.

Kim, whose parents own and operate the Peace Arch Golf Centre driving range in south Surrey, finished tied for third in the qualifier with Nonie Marler of Vancouver. The first two spots went to two young South Korean players who were headed to next week’s Canadian Women’s Amateur Championship in Alberta and decided to stop in Vancouver to attempt to play their way into the U.S. Women’s Amateur.

Sixteen-year-old Min A Yoon earned medalist honours with a two-under 70. Fellow Seoul resident Kumkang Park shot a 71. Kim wasn’t happy with her sloppy finish, but was relieved to learn her score would get her through. “I didn’t finish the way I would have liked, but I made it,” Kim said. “That’s all I can ask for.”

Seymour provided a stiff challenge to the 33 players who teed it up Tuesday. Kim said approach shots into Seymour’s firm greens were especially tough. “I feel like the greens were quite challenging today,” she said. “They were firm so you couldn’t really land it on the greens. You had to figure out where you should land and then hope it would hop onto the greens.

“I feel like I was good at placing my shots today. I was putting it in the right spots so I could attack the green.”

Kim came into the qualifier following a rare hiccup. She missed the cut at last week’s IMG World Juniorevent in San Diego. “After that tournament I figured out what I had to fix before the Canadian Am and Canadian Junior,” she said. “Everything was just a little bit off.” 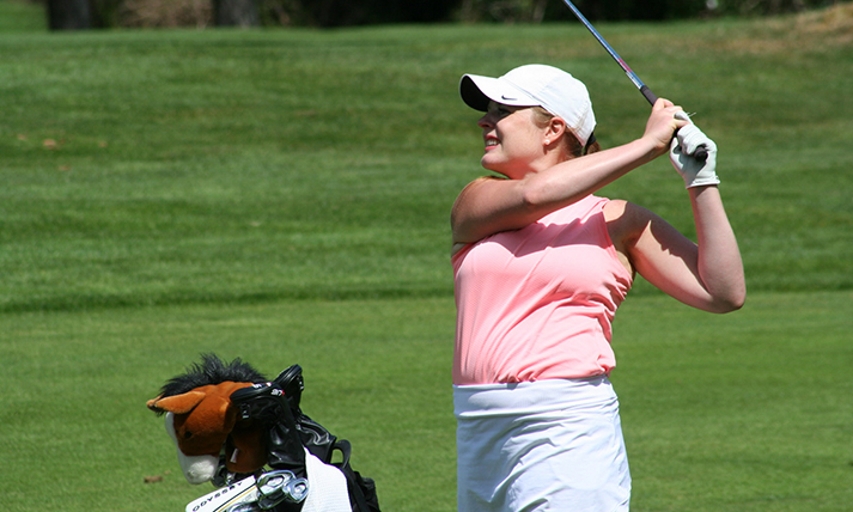 Kim laughed and said she thinks she knows why she struggled last week. “I think it has to do with me growing. I grew so much. Before I left I was just a tiny bit taller than my mom and then I came back and it was like, whoa, what happened! Now she is looking up to me.”

Because of her struggles last week, Kim didn’t have great expectations heading into Tuesday’s round. “I really wasn’t expecting to get in because it was a pretty strong field. All I could do was play my best and hope for the best.”

Now that she’s in, Kim is excited about teeing it up in her first U.S. Women’s Amateur Championship, which goes Aug. 5-11 at Old Waverly Golf Club in West Point, Miss. “I am hoping for a good experience and hopefully a good finish as well,” she said. Asked what she knows about Mississippi, Kim laughed and said: “I have heard it is very hot and humid.”

Marler, who matched Kim’s 73, is also heading to her first U.S. Women’s Amateur. A 35-year-old commercial realtor, Marler grew up in Metro Vancouver and played Beach Grove in Tsawwassen. She played collegiate golf at the University of Guelph and returned to Vancouver two years ago after working overseas in London.

“I stayed steady and kept the game plan simple today,” Marler said. “I tried not to over-complicate things.”

Marler made four birdies in her round, including two straight late in the day on the 15th and 16th holes that got her through. Marler only returned to golf in a serious way a little over a year ago. “I play with my dad and brother and they provide good competition for me,” Marler said.

“A lot of this has to do with them.” She can’t wait to tee it up in the U.S Amateur. “We’ll see what happens,” she said. “I am going to take the same approach playing in the U.S. Am that I did here.”

Surrey’s Angel Lin, who won last week’s B.C. Women’s Amateur Championship, shot a two-over 74 and earned the first alternate spot. Hannah Lee of Surrey shot a 75 and is the second alternate. . .Tuesday’s qualifier was one of 24 held for the U.S. Women’s Am and the only one in Canada. The other 23 were all held in the United States.