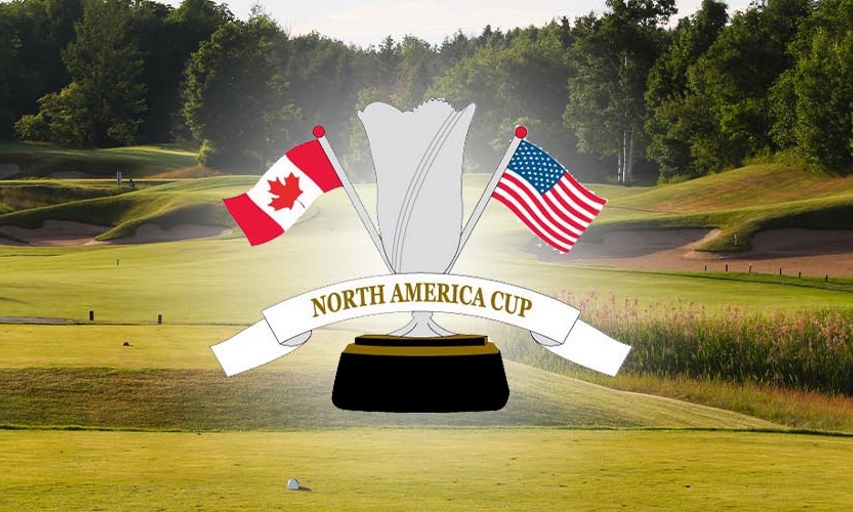 CALEDON, Ontario — Excitement is building as final preparations for the North America Cup are taking place at TPC Toronto at Osprey Valley for the 17th annual North America Cup.  The event pits 12 players from both the Canadian Junior Golf Association (Canada) and the International Junior Golf Tour (United States) as they compete against each other in a Ryder Cup format event.

In 2003, the CJGA and the IJGT partnered to create the North America Cup. Heading into this year’s playing at TPC Toronto, Team USA holds the advantage 11-5.  CJGA Team Canada was able to bring home the trophy last year when the event was hosted by Team USA in South Carolina at Dolphin Head Golf Club by a score of 13.5 – 10.5.

The Heathlands Course at TPC Toronto will play host to the event for the first time.  Opened in 1992, the course was designed by Ontario Golf Hall of Fame course architect Doug Carrick and is one of the country’s premier links-style layouts, taking its inspiration from the greatest courses in Scotland and Ireland with rolling dunes and pot bunkers. Like many links courses, the Heathlands is even built between a road and a rail line, and its tough fescue-lined holes make it perhaps the most challenging layout at TPC Toronto.

The format of the tournament mimics the Ryder Cup, with fourball, foursome, and singles matches over three days of competition.  Some notable players to have competed in the event in past years include PGA TOUR professionals Rickie Fowler and Morgan Hoffmann.

Through its six-stage competitive development program that focuses on tournaments, clinics, international competitions, and mentoring programs with PGA Tour professionals, the CJGA introduces the game to juniors as young as five and offers competitive multi-day events for the more advanced golfer. The CJGA acts as a feeder system to provincial and national competitions, collegiate and university golf, as well as professional and recreational golf. For more information, please visit www.cjga.com.

The Canadian Junior Golf Association is generously supported by its National Partner, Freedom 55 Financial, which provides financial security advice and planning for Canadians.