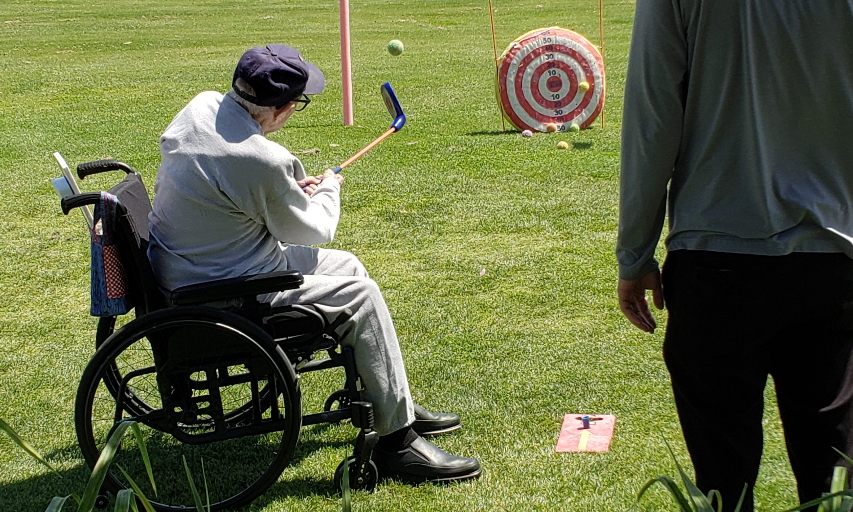 VACAVILLE, California — The Northern California PGA Foundation announced that 100-year old Stephen Layton, a U.S. Navy Veteran and a native of South Lake Tahoe, CA, has become the oldest graduate of the PGA HOPE (Helping Our Patriots Everywhere), a national program that introduces golf to military Veterans with disabilities to enhance their physical, mental, social and emotional well-being.

Today, as golf has become a therapeutic part of the rehabilitation process for many Veterans living with disabilities, PGA HOPE has helped thousands assimilate back into their communities through the social interaction the game of golf provides. Led by PGA Professionals, PGA HOPE programs are currently being offered at over 90 locations in the U.S. today, positively impacting more than 2,000 Veterans annually.

Born in Highlands, NJ, Layton was a Gunner in the U.S. Navy and fought in the battle of Guadalcanal during World War II, where he was injured by a bomb explosion that earned him a Purple Heart. After the service, Layton spent his career as a switchman for the Southern Pacific Railroad. Today, Layton resides at the Community Living Center, a part of the Palo Alto Veterans Healthcare System. As a member of the PGA HOPE program, Layton and fellow Veterans were transported to Pleasanton Golf Center, in Pleasanton, CA, for weekly PGA HOPE clinics throughout May and June, prior to their formal graduation from the program, where he became the oldest living PGA HOPE graduate.

The Northern California PGA Foundation is home to one of the most prolific PGA HOPE programs with 9 locations positively impacting more than 600 Veterans annually. The program, which is fully funded by the Foundation, features 6-8 week instructional golf clinics, followed by a graduation, on-course golfing opportunities, and is offered at NO COST for military Veterans.