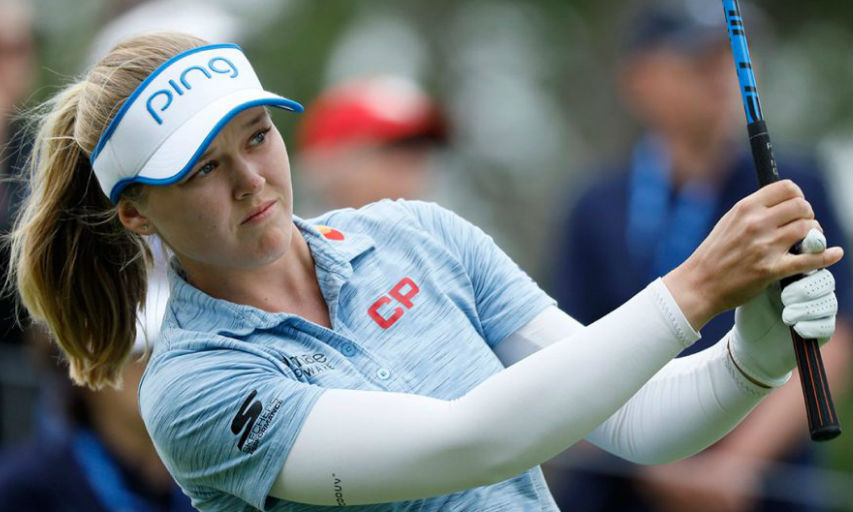 AURORA, Ont. — Defending champion Brooke Henderson will headline a strong field at the field at the 2019 CP Women’s Open.

The star golfer from Smiths Falls, Ont., who won last year’s tournament in Regina, will lead a group that includes 96 of the top 100 players on the LPGA Tour money list for the event, which takes place Aug. 19-25 at Magna Golf Club in Aurora, Ont.

Henderson, currently ranked sixth on the money list and eighth on the Rolex Women’s World Golf Rankings, already has two wins on the season, and her nine career victories are the most ever by a Canadian on the LPGA or PGA Tour.

She became the first Canadian in 45 years to win Canada’s women’s open with her victory at Wascana Country Club last year.

Henderson is one of 15 Canadians set to tee off at the event.

Nine of the top 10 players on the money list are set to join Henderson in Aurora, including No. 1 Jin Young Ko, No. 2 Jeongeun Lee6, No. 3 Sung Hyun Park, No 4. Lexi Thompson and No. 5 Minjee Lee.

There are still four spots in the main field up for grabs that will be filled through an 18-hole stroke play qualifier Aug. 19 at Scarboro Golf and Country Club in Toronto.