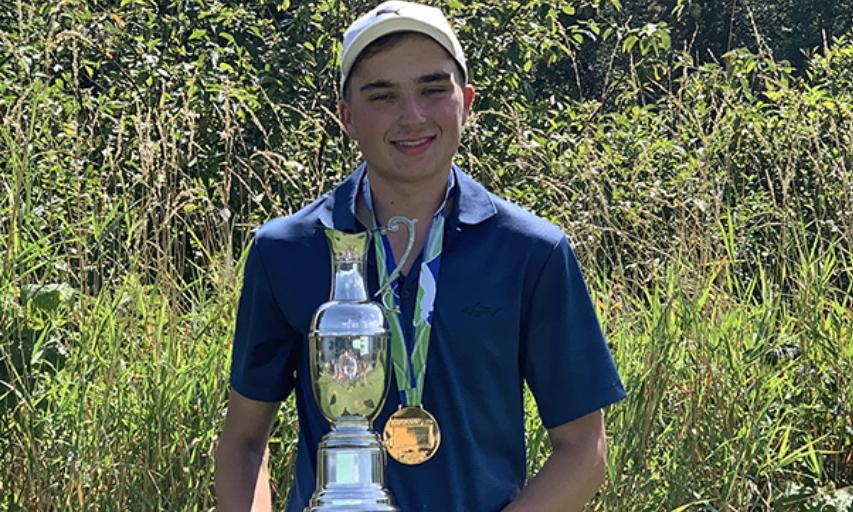 PEMBERTON, British Columbia —  Leo Harper came from behind to win the B.C. Juvenile Boys Championship and it didn’t take him long to take control in Thursday’s final round. The 16-year-old Burnaby resident blitzed the front nine at The Meadows at Pemberton, making the turn in just 31 strokes.

After starting his round with a birdie on the par 5 first hole -- which Harper birdied all three days -- Harper kept his foot on the gas. He added a birdie on No. 3, made a bogey on the fourth hole, but then ended his front nine by playing the final three holes in four-under par.

He holed a wedge from about 70 yards to eagle the par 4 seventh hole, almost holed another wedge on No. 8 where he was left with a kick-in birdie and then birdied No. 9. “Just a little pitch and it went in,’ Harper said of his eagle on No. 7. “ That was a nice little bonus. On eight I stuck it to within a foot. That was another wedge, but about 20 yards further. On nine, I made about a 10-footer.”

After starting the final round two shots behind second-round leader William Bishop of Victoria, Harper had a five-shot lead as they headed to the back nine. “Coming to 10 I knew I had a good lead, so I just wanted to play safe and try to make some putts,” said Harper, who is heading into Grade 12 at Burnaby Mountain Secondary. “I really didn’t want to take out driver. I don’t think I hit one driver on the back.”

Harper ended up shooting a four-under 68 that left him at six-under for the tournament. He finished four shots up on Daniel Bennett of Victoria. Bishop was third at even-par. “This is definitely my biggest win,” Harper said. “I have won some CJGAs and MJTs but not a provincial like this one.” 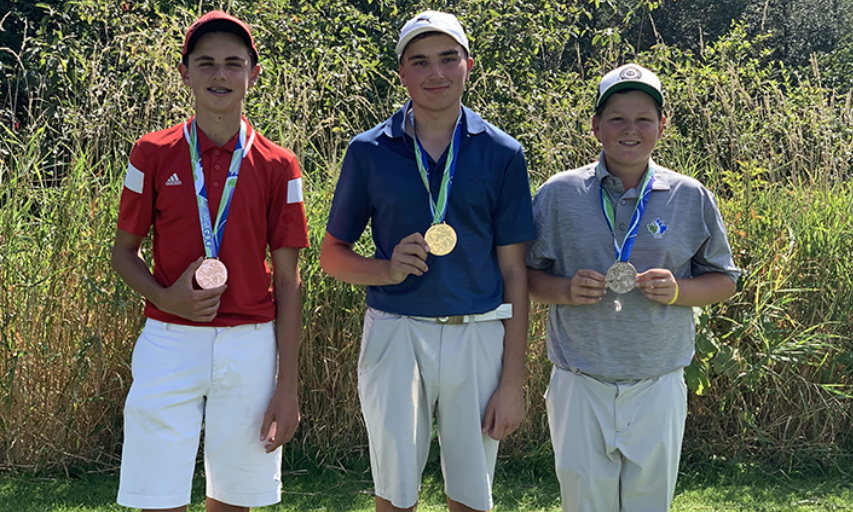 Harper said he came to this year’s Juvenile tourney motivated by what happened at last year’s championship, which was held at Gallagher’s Canyon in Kelowna. Harper felt like he let that championship slip through his fingers when he missed getting into a playoff by one shot. “I didn’t realize last year that I was only one back,” he said. “I felt like I was a bit unlucky last year and I wanted to keep on playing and not let this one get away.”

Back to back bogeys on the 14th and 15th holes allowed Bennett to climb to within three shots, but he never got any closer. Harper said keeping out of trouble was the key to his week. The Meadows at Pemberton is tight in spots, especially on the back nine. “I just put it in play off the tee,” he said. “I didn’t put myself in any trouble, didn’t have to punch shots out or go around trees. I just put it in play. Nothing special.”

Harper’s win follows a tie for seventh at last month B.C. Junior Boys tourney at Fairwinds Golf Course in Nanoose Bay. “It was kind of similar to the B.C. Junior this year at Fairwinds,” he said. “Just hit it short off the tee and hit greens and sink putts and you will shoot a good score. I usually hit the driver pretty good. I didn’t hit it more than 10 times this week.”

Bennett, who started the day tied for second with Harper, closed with an even-par 72, but made a big par putt on the 18th green to clinch the two-man best-ball competition with Bennett. They finished the best-ball event at 20-under par, one shot better than Harper and partner Andy Lao of Burnaby. Lao matched Harper’s four-under 68 Thursday. Those were the low rounds of the tournament.