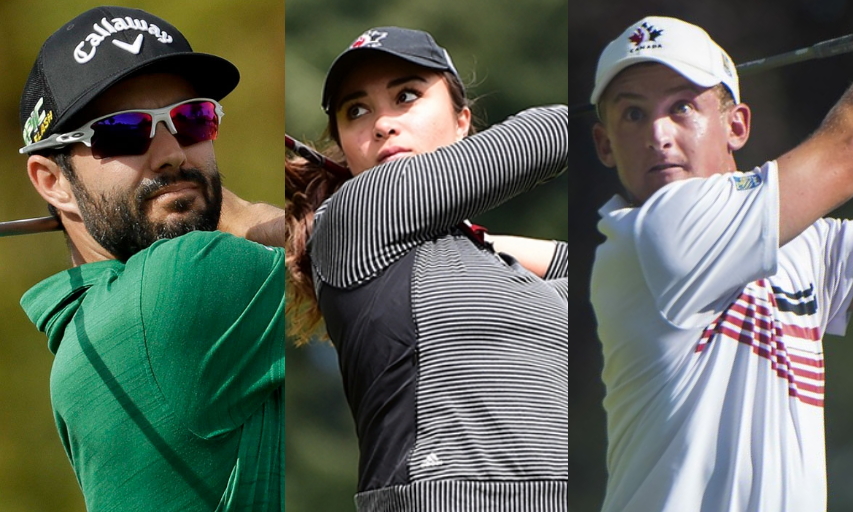 They were long odds and Adam Hadwin wasn’t able to beat them. The Abbotsford native’s PGA TOUR season ended with a tie for 43rd at the BMW Championship at Medinah Country Club in suburban Chicago on Sunday.

Hadwin faced a difficult challenge in trying to sneak into the top 30 and qualify for the season-ending Tour Championship. He entered the BMW Championship at No. 51 on the FedEx Cup points list and would have needed a top three or four finish to moved inside the top 30.

For a while, things looked promising. Hadwin began the week well, shooting scores of 67 and 68 to put himself close to the lead. But Hadwin closed with a 71 on Saturday and a four-over 76 on Sunday to fall well back. He ended the season ranked 52nd on the points list.

Only one full-field event remains on the Mackenzie Tour and Kimberley’s Jared du Toit needs a good finish to remain exempt for next year. Du Toit missed the cut at the Players Cup in Winnipeg and fell to No. 64 on the money list. The top 60 players after the Mackenzie Investments Open, which goes Sept. 5-8 in Montreal, remain exempt for next year and qualify to play in the season-ending Canada Life Championship, Sept. 12-15 in London, Ont.

It has been a busy summer for Delta’s Mary Parsons and it’s not over yet. Parsons recently returned home from the Pan-Am Games in Lima, Peru, where she was part of Canada’s bronze-medal-winning mixed team and finished fifth overall in the women’s competition.

Parsons has received a sponsor’s exemption into this week’s CP Women’s Open at Magna Golf Clubin Aurora, Ont. And later this month, Parsons will be be a member of Canada’s four-woman team at the Astor Trophy competition at Royal Colwood Golf Club in Victoria.

That match-play event is played every four years and features four-woman teams from Canada, Great Britain & Ireland, South Africa, New Zealand and Australia. The competition goes Aug. 29-Sept. 1. After that, Parsons will head back to Indiana University for her junior year.

Fifteen Canadians, including three British Columbians, are playing in this week’s CP Women’s Open. Symetra Tour regular Megan Osland of Kelowna received a sponsor’s exemption and 12-year-old Michelle Liu of Vancouver earned a spot in the field as the low Canadian at the recent Canadian Women’s Amateur Championship.

Surrey’s Adam Svensson had a positive finish in the first stop of the three-event Korn Ferry Tour Finals. Svensson closed with a four-under 68 Sunday and tied for 23rd at Nationwide Children’s Hospital Championship in Columbus, Ohio. Svensson is trying to earn one of 25 PGA TOUR cards that will be handed out after the third event. This week’s second stop is being played in Boise, Idaho.

Vancouver’s Nonie Marler fired a two-under 71 to take the first-round lead at the Canadian Women’s Mid-Amateur Championship at Osoyoos Golf Club on Sunday. The Mid-Master, Senior and Super-Senior titles are also being contested in Osoyoos. Vancouver’s Holly Horwood shot a one-over 74 and leads the Super-Senior category for players 60 and older. The 54-hole competition concludes Tuesday.

The PGA of BC Championship, the biggest event of the year for this province’s club pros, goes Monday and Tuesday at Whistler Golf Club. Kevin Stinson of Cheam Mountain Golf Course in Chilliwack and Ashley Zibrik of Shaughnessy Golf & Country Club are the defending champions.

West Vancouver’s Kevin Spooner shot a pair of five-under 67s and beat Kevin Stinson by two shots at the Vancouver Golf Tour’s Tobiano Pro-Am in Kamloops. The win was worth $5,000 to Spooner, who also won the event last year.