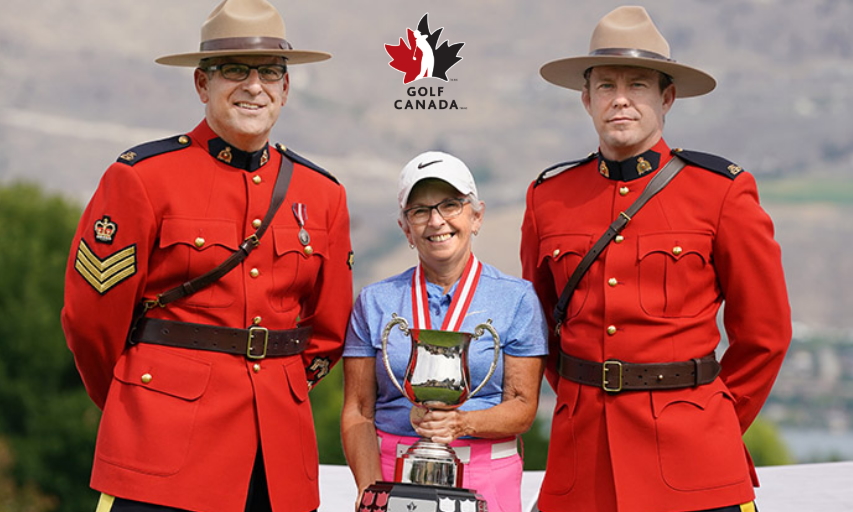 Little closed with an eight-over par 81 that left her at 11-over par for the 54-hole event. That was good for a five-shot win over Ivy Steinberg of Stouffville, Ont. and Ruth Maxwell of Reno, Nev. “That is the hardest I have had to work for an 81 in a long time,” Little said with a laugh after her round.

At age 61, Little knows every win now is something of a bonus. “I have been complaining about how I have been hitting it and my husband says, 'well, remember, you are 61 now,'” she said.

Little said she has learned that there are now going to be more ups and downs in her golfing life. This week was a perfect example. In the second round, she shot a one-over 74 and was two-under on the back nine.

On the last day, it seemed nothing went right. “I think you just have to accept that you might not be able to play great three days in a row,” she said. “You might get tired. The friendships are what you are here for now when you get to that 60-plus age. And it’s important to still enjoy it.”

The Super-Senior Championship was one of four titles on the line at the Canadian Women’s Mid-Amateur and Senior Championship played on Osoyoos Golf Club’s Park Meadows Course. Judith Kyrinis of Thornhill, Ont., won the other three titles with a 54-hole score of two-under par. She executed a brilliant up and down for birdie on the 18th hole to beat American Amy Ellertson by one shot.

Vancouver’s Nonie Marler had entered the final round tied for the Mid-Amateur lead at two-under par. Marler ended up in a tie for third place with Christina Proteau of Port Alberni. Marler closed with a three-over 76 to finish the competition at one-over par, three shots behind Kyrinis.

Marler, a 35-year-old commercial realtor who played collegiate golf at the University of Guelph more than a decade ago, only recently returned to playing competitive golf after spending several years working in Great Britain. Marler said her nerves got the better of her, especially early in the final round. “I found the front nine to be a bit of a struggle, it was probably the pressure more than anything,” she said.

“My experience is limited to say the least and you take into consideration the girls you are playing with and where they have come from and try to not let that affect you,” she said. “But I learned so much from today. It was an incredible experience. I will look forward to it happening again soon.”

Madison Kapchinsky of Kelowna tied for eighth in the Mid-Amateur competition at six-over par. Penny Baziuk of North Saanich tied for fifth in the Super-Senior competition, Holly Horwood of Vancouvertied for seventh and Phyllis Laschuk of Vancouver tied for 10th.