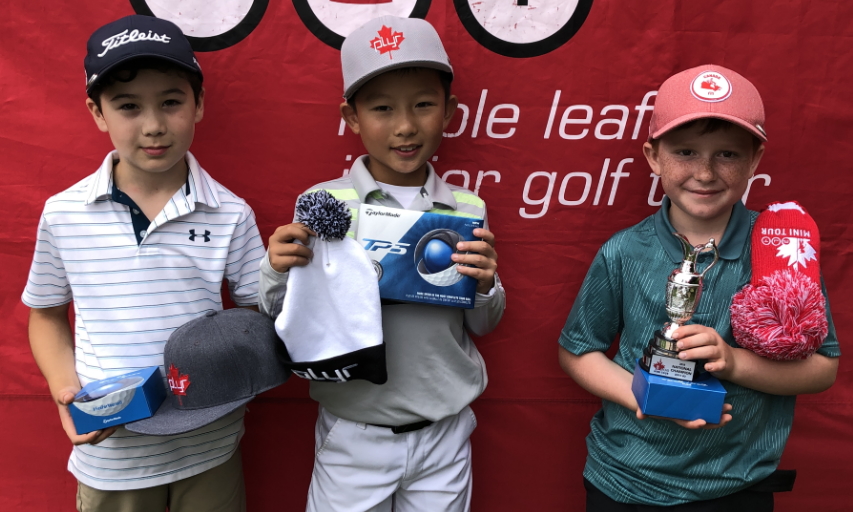 TSAWWASSEN, British Columbia — Players aged 12 and under from across BC, Alberta, Saskatchewan, and Manitoba gathered to cap off the Maple Leaf Junior Golf Tour’s successful Mini Tour season in Tsawwassen, BC, competing in the MJT Mini Tour National Championship presented by Ford Canada at Tsawwassen Springs.

Extra holes were needed in a playoff to crown the MJT Boys 8U National Champion after Bennett Love, 8, of Red Deer, AB, and Tiger Zhao, 8, of Vancouver, BC, both scored incredibly well. In the end, Love stepped up on the first playoff hole and drained a seven-foot birdie putt to win the National Championship title.

Nine-year-old, Jonathon Xia, of Surrey, BC, came back from being down two shots after the first day become the MJT Boys 9-10 National Champion.

Jingwen (Anna) Dai, 11, of Surrey, continued her fine play on the MJT by winning the MJT Girls 11-12 National Championship title.

After Yeeun Kwon, of Winnipeg, MB, and nine-year-old, Lucy Lin, of Vancouver both made par on the first playoff hole, another par by Lin on the second playoff hole secured her MJT Girls 9-10 National Championship title.

Eight-year-old Sky (Haneul) Park, of Surrey, who has already been playing golf for three years, came out to shoot back-to-back rounds of 80 to finish with a solid total score of 160 in the MJT Girls 8U Division.