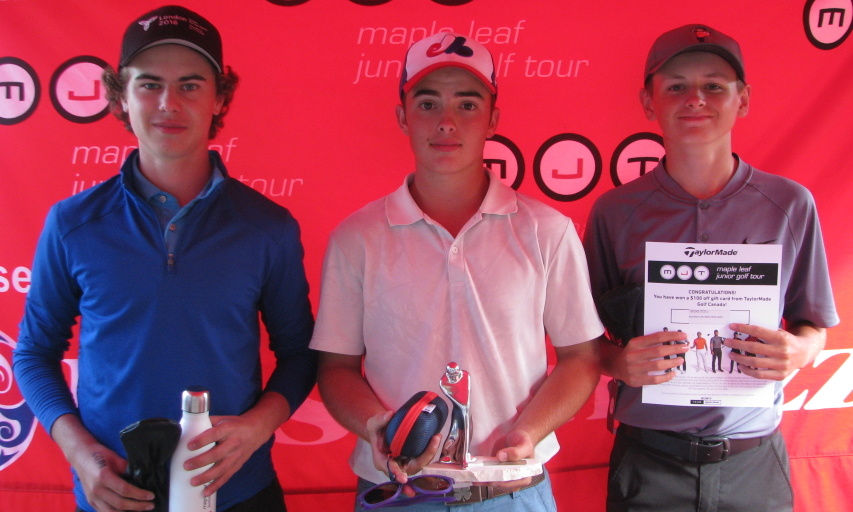 WATERLOO, Ontario — Young golfers gathered to compete for titles in six divisions at the Maple Leaf Junior Golf Tour’s MJT Ford Series at Grey Silo Golf Club in Waterloo, ON, on August 24 and 25, where members were also eligible to qualify for the season-ending MJT Boston Pizza National Championship presented by TaylorMade and adidas golf at Reunion Resort in Florida this November.

The tournament also featured a chance to win a Ford EcoSport S with a Hole-in-One contest, where several players came tantalizingly close. Complimenting the event was a MJT Ford Go Golf! Junior Clinic sponsored by Parkway Ford, held on August 23 at Grey Silo Golf Club to introduce boys and girls to the game of golf for free.

All eyes were on the MJT Juvenile Boys Division where three-time 2019 MJT champion, Tommy McKenzie, put on a show. The 16-year-old from Calgary, Alberta, made the trip to the tournament worth his while, recording scores of 72 and 71 (143) including an eagle and eight birdies. This win is McKenzie’s fourth of the 2019 season in four starts. Finishing just four shots back in second place was Caledonia, ON-resident, Charlie Cooper. The 16-year-old fired respectable scores of 75 and 72 (147) including finishing three under in his last two holes of the tournament.

For PLYR Long Drive, PLYR Closest-to-the-Pin and the MJT Booster Juice Comeback Award winners, please visit the highlights page for the tournament here. Exemptions for the national tournament will be announced once qualifying has completed across the country.