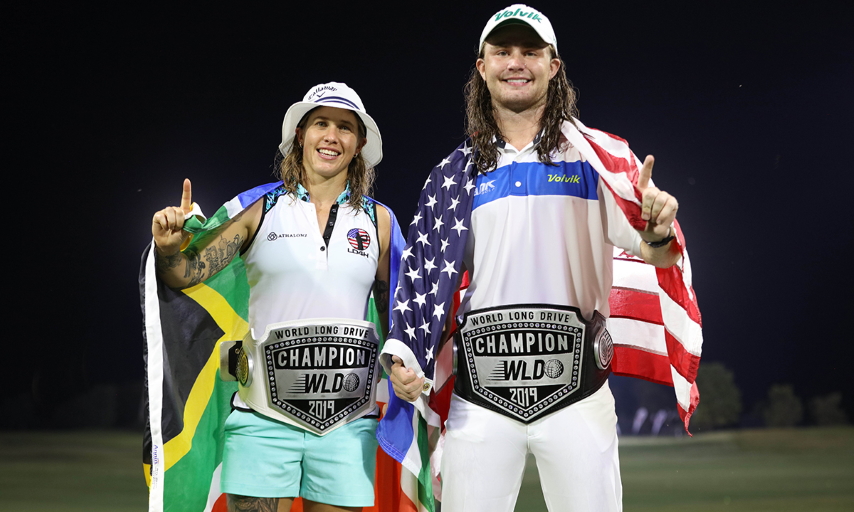 After Burke got to 374 on his eighth and final attempt in the final, Berkshire missed the grid on his first three shots before nailing the winner for his first world title and third tour victory of the season.

The top-ranked Berkshire, from Crofton, Maryland, played two seasons at the University of North Texas.

South Africa’s Chloe Garner won the women’s title, beating three-time champion Phillis Meti of New Zealand with a 347-yard drive on her fifth attempt. Meti, hitting first in the final, had a best of 344.

Burke, the 2013 and 2015 champion, beat Canada’s Mitch Grassing in the quarterfinals at 414 and topped Sweden’s Emil Rosberg in the semifinals with a 397-yarder on his first attempt.

In the women’s semifinals, Garner topped Alexis Belton with a 346-yarder, and Meti beat Troy Mullins with a 337-yard drive.