Mickelson National GC to Offer Up Different Sort of Layout 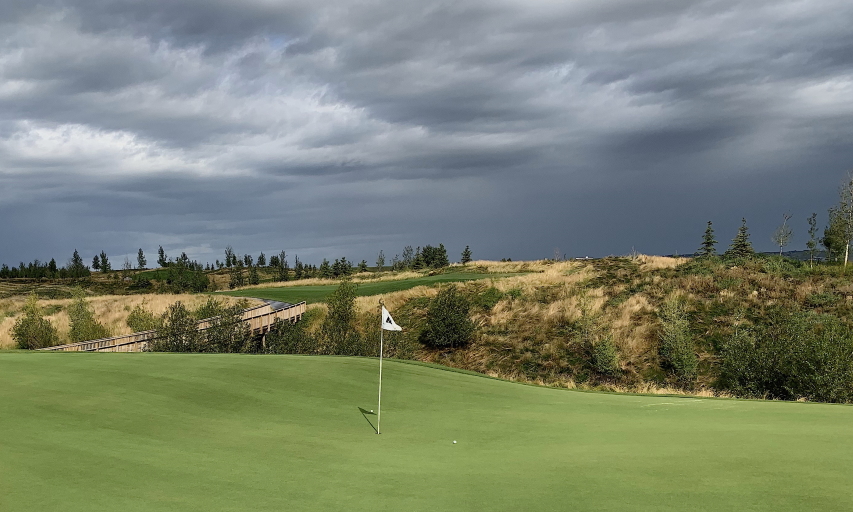 CALGARY, Alberta — While it may seem a somewhat bold statement to proclaim a new golf course coming to life just west of Calgary as unique, once you set your eyes on Mickelson National, you see that declaration isn’t at all that out of line.

Speaking about this new golf playground that’s still under construction and is presently offering free preview plays to the public, but which will turn private next year, David Forma put some context to a casual comment that there was perhaps nothing else like this course in these parts.

“The golf course itself is not really true parkland and not really true links. When you look at other properties around Alberta they’re pretty clearly defined,” said Forma, the VP of Business Development for Windmill Golf. “When you go to some signature, some name properties around Calgary, around Western Canada, it’s pretty clearly defined the style of golf you’re playing and what the golf course designer was really looking to accomplish as far as the style of play. Mickelson’s a hybrid. It has 91 linksy bunker complexes around the property. It has a lot of centre-cut fairways with bunkering that gives it a linksy feel. It has quite a bit of slope and undulation as well as slope on greens.

“But on the flip side, every shot is out in front of you here. It’s not station-to-station, landing area to landing area with blind shots like you find on a lot of links properties. So, it is not like any other property out there. It was designed that way on purpose to give you a different feel.” 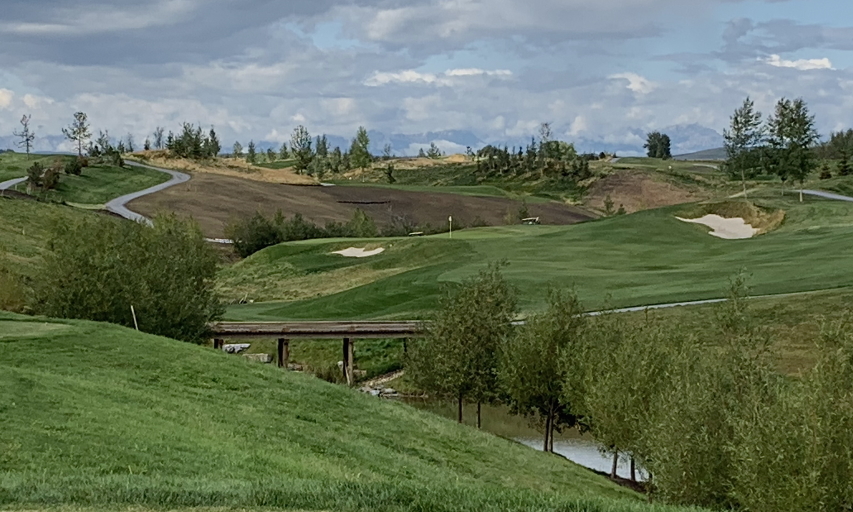 Looking More Like A Painting Than A Photograph, This Shot Of One Of The Drivable Par-4 Holes At Mickelson National GC Is Not Only Pleasant To Look At But A Pleasure To Play. (Photo/Gord Montgomery)

The interesting twist to this facility is that while it can play long, really long in fact, it can also play to the Average Joe’s and Median Mary’s abilities given its set up. Forma pointed out that Mickelson presents some reachable par-four holes, some lengthy par-threes, and some gettable par-fives. But, on the reverse, those holes can also play diametrically opposite.

“It’s going to test every club in your bag on every hole. There are collections of similar holes, drivable fours, four 600-yarders, long threes, short threes, long fours and short fours. As a result of that, saying that it’s like nothing else out there, I think for Western Canada, for Calgary and the country, it is very unique.”

What one doesn’t necessarily feel, see, or take advantage of on their first tour of what’s presently in play is the fact there are areas designed to allow for some breathing room if you’re not a tour calibre player.

“I think there’s a big word that Phil and his design team focused on which was “playability,” and that shines through in a variety of ways,” Forma noted. Those “helping hands: include playable bunker complexes, different cuts of fairways, and areas where if your shot strays a wee bit it’s not penalized too harshly, if at all.

“Phil wanted areas where if you missed as you come into a green site you have a fair opportunity to make a score but still test your short game,” Forma explained of that Phil-osophy “Phil is obviously a master short game player so on a lot of green complexes around the property, no matter what style of hole it is, no matter the size of the green or the bunker complexes, there is always a great, what I’d call a ‘miss area’ or a collection area. You can miss, but then you’re going to have to get your wedge out and get creative,” in getting up and down.

When this idea first came to life not all that long ago, there was talk that this track could possibly one day play host to the PGA TOUR’s Canadian Open. That’s certainly something that’s not off the books by any means, said Forma.

“You can never predict the future. Obviously there’s a lot of parties that would be involved in a decision like that,” but let it be said that everything needed is being done to play that card if, and when, the time comes. Mickelson National GC does have all the components necessary to stage a major event, including the yardages (one configuration suggests an 8,000 yard monster) needed to host a PGA TOUR event. “(All those things) certainly put us in a position that at some point in the future we could have a favourable property that would attract the interest of a major championship.” 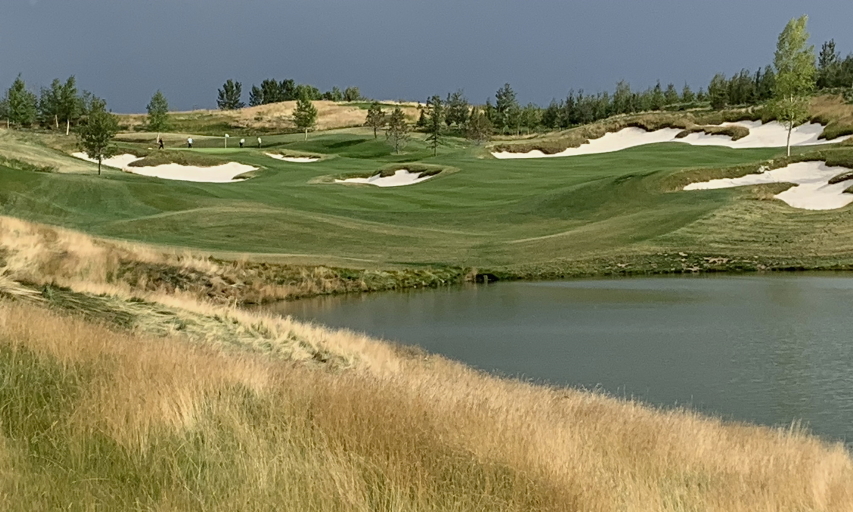 What Will Be The Tenth Hole In The Roation At Mickelson National is Another Piece Of Eye Candy, On What Will Be One Of The Top Public Courses, Not Only In Calgary Or Alberta, But In All Of Canada, When Completed in 2020. (Photo/Gord Montgomery)

It is expected the full 18 holes will be in play in the Spring of 2019, with the clubhouse being a bit behind that given building permit requirement timelines. But, Forma promised, those plans are all well underway and when all is said and done, this new playground is most certainly going to be something special, not only in the Calgary or Alberta areas but most likely in all of the country.

For more on the Mickelson National GC, and its membership options, go to mickelsonnational.com and follow the links. And if you haven’t tested this track out yet, you still have a bit of time before the preview plays conclude at the end of September, by going to previewplay.mickelsonnational.com.