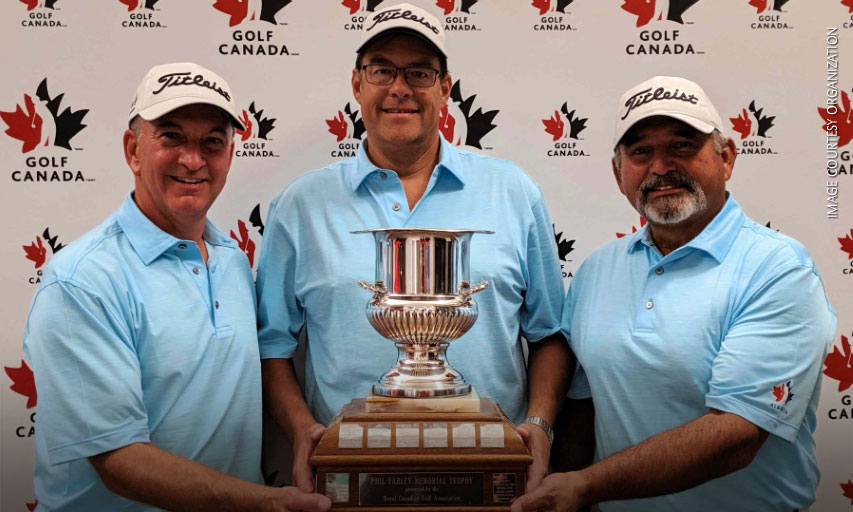 The Alberta trio, consisting of Ken Griffith (Red Deer), Brian Laubman (Edmonton) and Frank Van Dornick (Camrose) combined for a second-round score of 4-under to capture the Phil Farley Memorial Trophy with a team total of 282 (-2).

“Each guy just wanted to try and play as well as he could, not only for himself but also for the team,” said Alberta’s Van Dornick. “We didn’t hear any numbers out there, but we knew it was close coming down the stretch.”

Team Alberta didn’t realize how close the competition was. With the sun nearly set, Alberta’s Griffith holed a 10-foot putt for birdie on his final hole to solidify the team title.

Finishing runner-up, a single shot back of Alberta was Team Ontario. The team of David Greenaway from Barrie, Robert Gibson of Toronto and Ashley Chinner of Brooklin had a two-day tally of 283 (-1).

The Team from British Columbia, which included Doug Roxburgh (Vancouver), Jim Shaw (Sooke), and Sandy Harper (Nanaimo) rounded out the top three at 290 (+6).