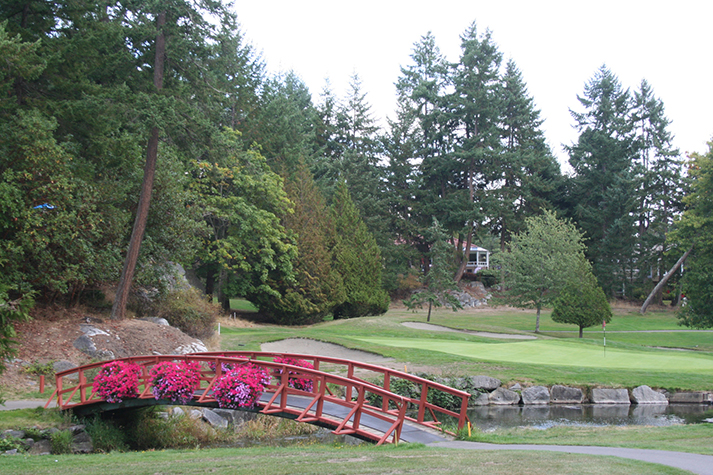 By Brad Ziemer, Inside Golf

PARKSVILLE -- It takes more than great golf to make a great golf road trip. Think about it. On a three-day golf getaway, you and your pals are likely only going to spend about 12 hours on the golf course. No matter how good the golf is or how many birdie putts you drain, the quality of the considerable time spent away from the course will ultimately determine just how memorable that trip is.

That’s one of the reasons why the Parksville & Qualicum Beach area of Vancouver Island is such a great destination for a golf getaway. During my recent three-day visit -- we’ll call it the Mid-Island Express -- the golf was terrific. But so was the time spent between rounds.

We had some great meals, enjoyed splendid oceanside accommodation at the Tigh-Na-Mara Seaside Spa Resort on Rathtrevor Beach, visited a couple of local craft breweries and went spelunking. Yes, spelunking. More on that later.

We’ll begin with the golf. Our trip began at Fairwinds Golf Course in Nanoose Bay and we were there 30 minutes after our ferry docked at Departure Bay in Nanaimo. Fairwinds has been a Vancouver Island golfing fixture since 1988. At 6,181 yards from the tips, it’s not long, but it’s certainly no pushover. It played host to the B.C. Junior Boys & Girls Championships this past summer and more than held its own.

Brycen Ko of Richmond won the boys’ title by four shots with a 72-hole score of one-under par. Vancouver’s Angela Zhang won the girls title with a score of 14-over par. I should have known that my shaky 15-handicap game didn’t stand a chance. 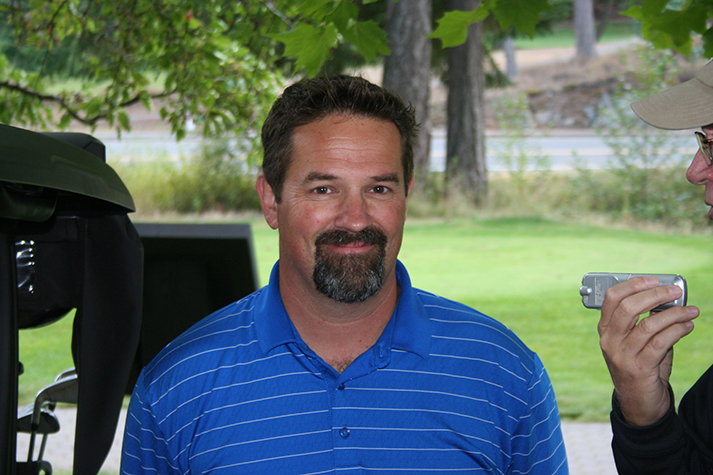 Unfortunately, accuracy is not one of my strengths and I paid the price on a couple of holes, but Fairwinds is a joy to play. And you’ll be sharing the course with more than just your playing partners. I have never seen so many deer on a golf course.

“It is a beautiful course with lots of wildlife,” Wilson says. “I think that is our big attraction. It is a fun, risk-reward golf course. There are some par 4s that are drivable. You can make an eagle and a bunch of birdies, but you can also make ‘others’ quite easily. I think that variety is nice.” 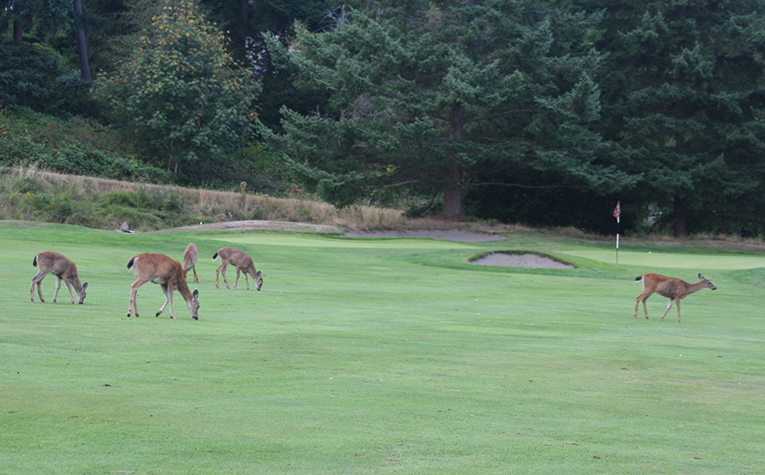 We moved on to Pheasant Glen Golf Resort in Qualicum for our second round. Although it has been open since 1993, Pheasant Glen is, in my mind, one of British Columbia’s hidden golfing gems. Lots of golfers still have no idea how good this course is. Pheasant Glen is a delightful layout with fast greens and a nice variety of holes. Its back nine is especially strong.

“Our numbers, they go up in and around those events,” Melissa says. “Next year with the Canadian Seniors they will go up again. You do benefit by hosting those events. Sure, the week of the tournament you are closed, but leading up to it and after it is good for business.” 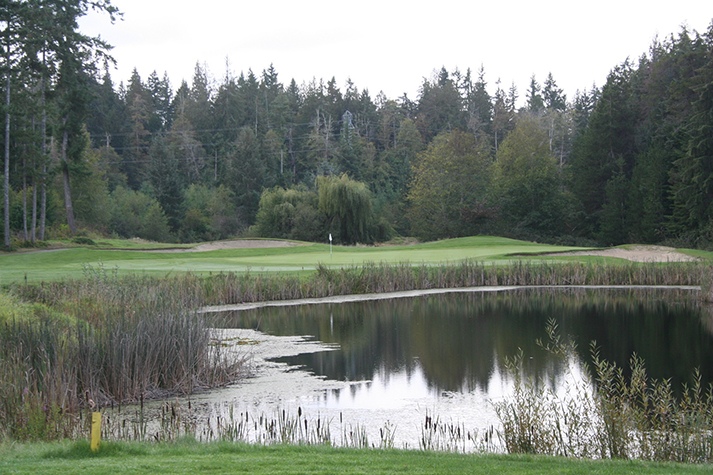 Pheasant Glen hopes to break ground over the winter on two 24-unit buildings that will offer on-site accommodation that will be similar to what is offered up the Island at the Crown Isle Golf Resort in Courtenay. Pheasant Glen also has some other interesting accommodation. The course recently purchased three sleeping barrels and installed them just a chip shot away from the 10th fairway. Each contains a king-sized bed, a coffee maker and a small fridge. There’s a communal barrel shower just steps away.

Melissa says the sleeping barrels, which will be available to book next spring, will rent for $99 a night. They will also be part of golf play and stay packages -- $155 for a single or $105 each for a couple. “We have had a lot of interest, particularly from women,” Melissa says with a chuckle. “They are all saying we can stay in a hotel room anywhere, but we can’t stay in a barrel. And their husbands are standing there, looking at me like. . .'I don’t know about that.'” 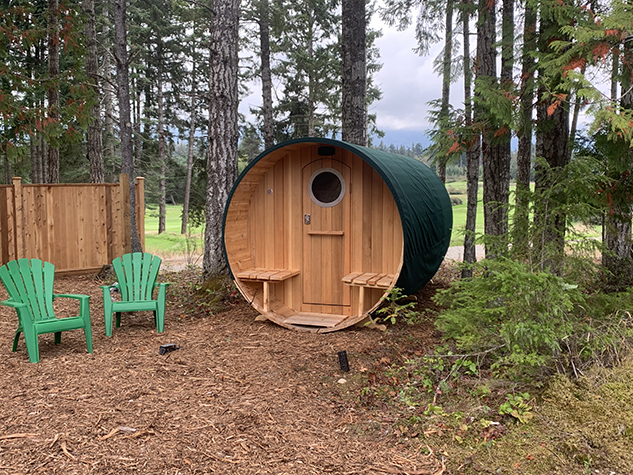 One final word about Pheasant Glen. If you stop for a bite to eat on their restaurant deck, try the bacon and crab macaroni and cheese. Trust me.

Our golf concluded at Eaglecrest Golf Course, which is the newest member of the Vancouver Island Golf Trail, but one of the oldest courses in the area. Like Pheasant Glen, Eaglecrest is another course that is not on everyone’s radar, but it should be. It was one of only a couple of Vancouver Island courses I had never played and we throughly enjoyed our round there. There is a good mix of holes and Eaglecrest is well conditioned and a lot of fun to play.

It is interesting to note that before it became a golf course in 1971, Eaglecrest was a country estate. Its lodge attracted many guests of note, including the then Princess Elizabeth and Duke of Edinburgh in 1951. 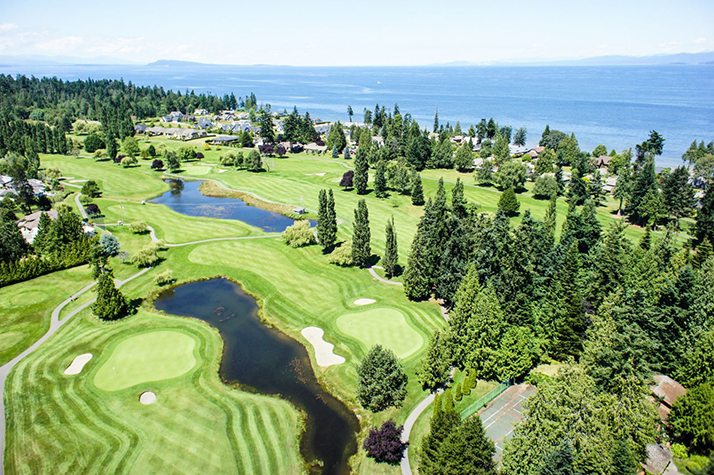 Now for the aprés-golf activities. We ate well on this trip. A couple highlights include Cedars Restaurant at Tigh-Na-Mara. Their stone oven pizza is to die for. We had breakfast one morning at the Bread & Honey Food Company in downtown Parksville. Located in a nondescript strip mall a block off main street, owners Angela and Michael Sproul have attracted a loyal clientele for breakfast, lunch and brunch. My eggs benedict were perfect and accompanied by the best hash browns I have ever tasted.

Craft breweries are sprouting everywhere, it seems, and the Parksville & Qualicum Beach area is no exception. We visited a rather unique one, called Love Shack Libations, on the Island Highway, just north of Qualicum. Owner Dave Paul moved to the area in 2005 from Whistler. He and his wife Rachel lived in a tent while he built a 12-by-16 foot ‘love shack’ on her parents’ acreage.

Their family -- a daughter, two cats and a dozen chickens -- outgrew that humble abode and Dave built a larger home. But he continued a life-long love of brewing in his 'love shack'. His nano-brewery has only been open for a couple of years but has developed a strong local following for his brews, which include Killer Kolsch, Passionate Otter, Juicy Juice and Sunny Bunny Pale Ale. 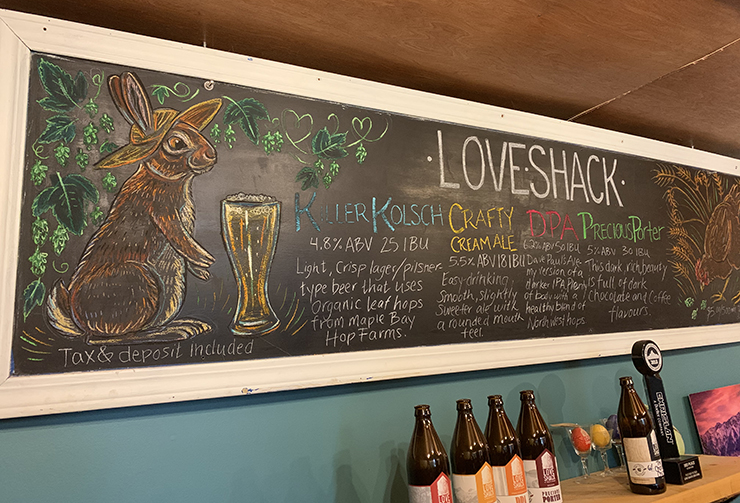 The Love Shack is only open Wednesdays from 5 to 9 p.m. and Saturdays from 1 to 5 p.m. The place is always packed. Dave would like to extend his hours, but simply can’t make enough beer to keep up with demand.

Mount Arrowsmith Brewing Company set up shop recently in Parksville and keeps more traditional hours at its tasting room on Stanford Avenue. Its Arrowsmith Blonde Ale was named best Golden Pale Ale at the 2018 World Beer Awards. Business has been so good that Mount Arrowsmith is planning to open another location in downtown Qualicum. 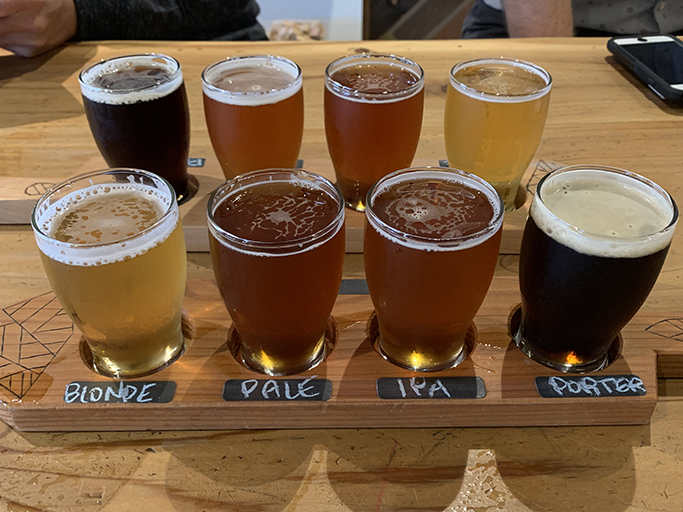 Now, on to the spelunking. For the unwashed -- which included me, until this recent subterranean adventure -- spelunking is a fancy word for the exploration of caves. We visited Horne Lake Caves Provincial Park, about a 40-minute drive from the Parksville & Qualicum Beach area, and went underground.

Horne Lake Caves offers a number of tours. Ours was called the Riverbend Cave Explorer and it was a blast. Led by our passionate guide, Myles Fullmer, we spent 30 minutes climbing up a winding trail before reaching the cave entrance. That is where the adventure really began. 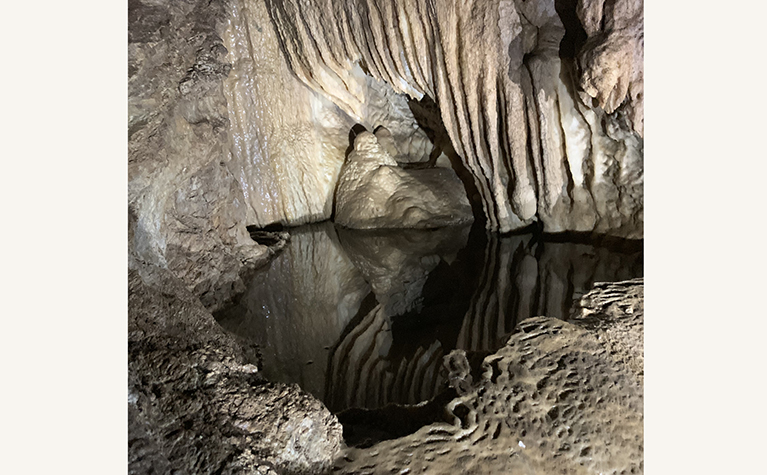 As we switched on our headlamps and descended into the cave, we were greeted by some truly remarkable calcite formations hanging from the ceilings and walls. We followed Myles deeper into the cave, crouching low and climbing over boulders of all sizes and shapes, before reaching the highlight of the tour.

After climbing a couple of steps up a rock wall, we peered into what has been dubbed the Smiling Buddha Room -- huge rock formations that look eerily similar to a serene smiling buddha with his own reflecting pool.

Before climbing our way out of the cave, Myles had all of us switch off our headlamps -- and our voices -- to experience total darkness and silence. It was a good time to reflect on a fun three days of great golf and a whole lot more during our visit to central Vancouver Island.

To plan your own excursion to Parksville & Qualicum Beach or anywhere else along the Vancouver Island Golf Trail, visit the newly redesigned website at golfvancouverisland.ca