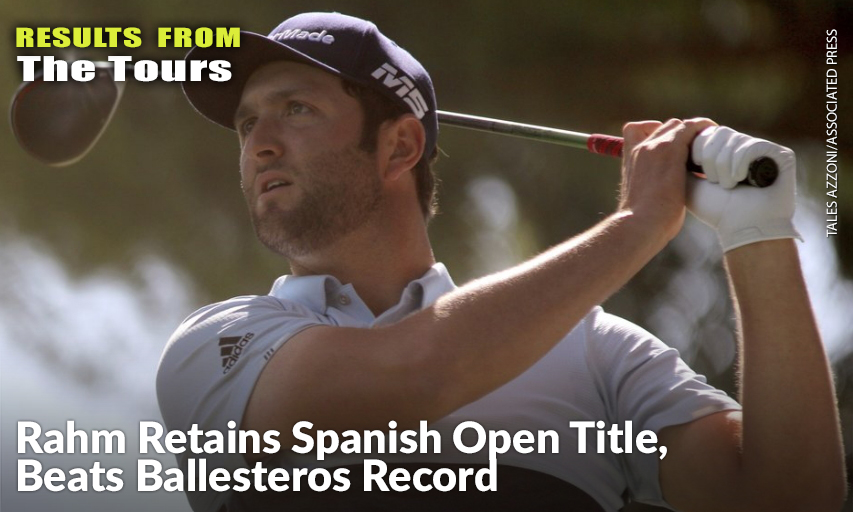 Golfing great Ballesteros needed 49 events to get 5 wins on the tour. The 24-year-old Rahm did so in 39 tournaments after shooting a 5-under 66 on the final round to finish 22 under and win by five strokes.

“In front of a home crowd, it’s always really hard for me to keep everything under control and to play the weekend that I did for them,” Rahm said.

“I can’t wait to come back next year and hopefully do it three times. It was unlike anything else. Spanish crowds love golf, they love us coming back. It’s hard to believe how many people come out here.”

Rafa Cabrera Bello (66) was second, followed by another Spaniard, Samuel del Val (68), who was seven strokes back at the Club de Campo Villa.

Starting with a commanding five-shot lead, Rahm had an eagle and four birdies to go with one bogey on the final day.

Rahm shot an 8-under 63 in the third round to match the course record.