Breaking Down Barriers To Golf Participation 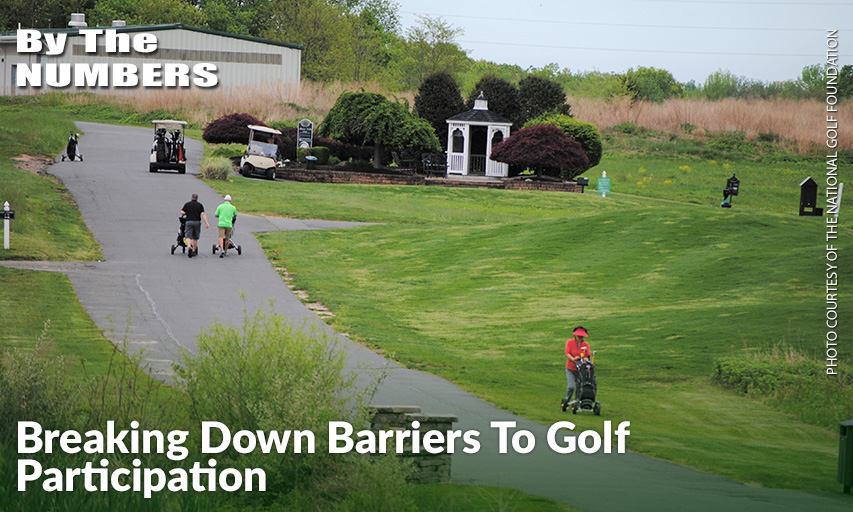 By THE NATIONAL GOLF FOUNDATION

If you work at a golf course, what are you doing to break down barriers when it comes to participation?

NGF researchers dug into the topic in 2013 and again this year, asking highly-interested non-golfers (either those who have played in the past or those who haven’t played) about what’s holding them back from starting or returning to the game.

The chief barriers remain the same:

Concerns about cost and time
Social obstacles (no one to play with; haven’t been invited)
Concerns about ability and potential embarrassment
Inertia (just haven’t gotten around to it)
Interestingly, these barriers are cited less often today than they were in 2013, and remain surmountable. In fact, one in five interested non-golfers – a pool of almost nine million potential participants — indicate they simply haven’t gotten around to it. The number of non-golfers who cite cost and time as a barrier dropped 13 percent, for example.

Here’s a look at what some golf operators are doing to help people overcome these obstacles...