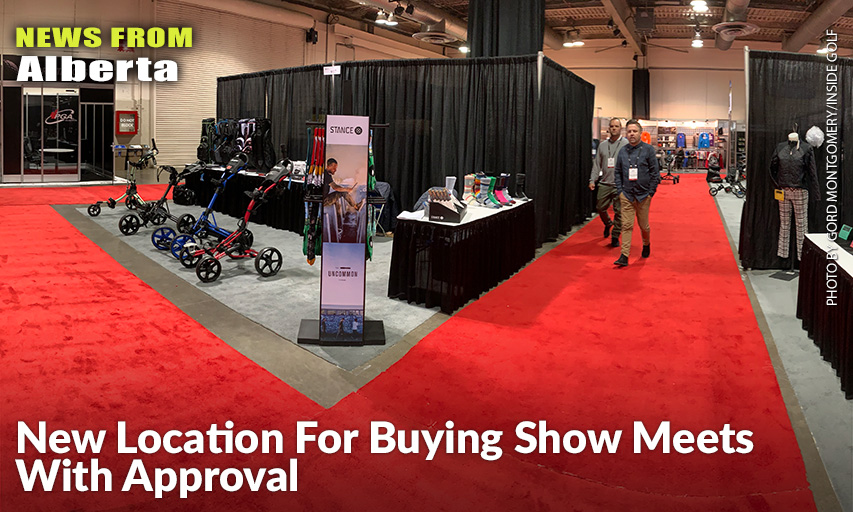 CALGARY, Alberta — Change is good. That, almost to a man, was the verdict coming down about the relocation of the annual PGA of Alberta Buying Show that moved from Edmonton to Calgary this year.

After a long run in the northern Alberta city, the show, which featured slightly more vendors than usual and far more visitors than in the past, shifted down south and by all accounts was a success. Speaking to the reason for the change, Robert Rouselle, the executive director of the provincial PGA body, said it was done for a few reasons.

“We look at various things. There were a lot of elements that were discussed internally between the PGA and all the suppliers. For example, transportation and the amount of flights in and out of the airport, the movement of the cargo. In Edmonton I think we had a really good run. It was nothing against what they were doing; they were amazing. It was just time for change to refresh the structure and maybe supply other clubs that couldn’t afford to be in Edmonton.”

As to any negative feedback about moving the show, Rouselle said he’d received very few complaints. 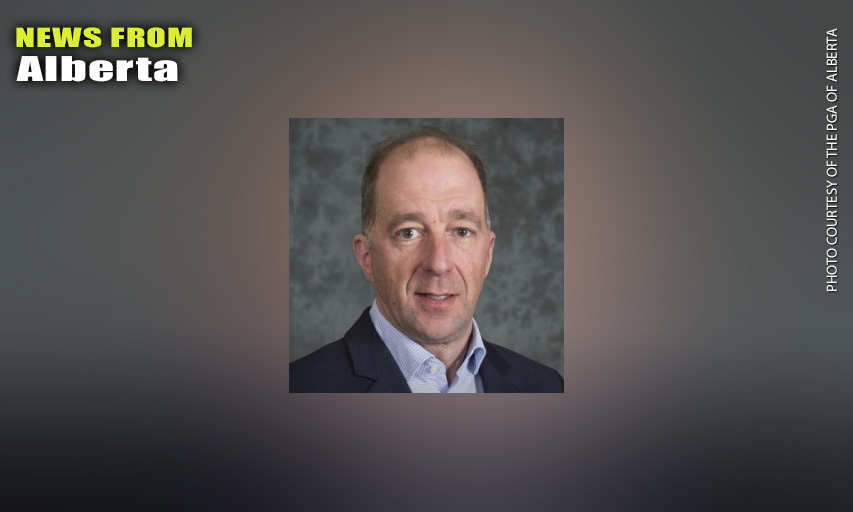 Robert Rousselle, The Executive Director Of The PGA Of Alberta, Said He Heard Few Complaints Of Any Type About The Move Of The Annual Buying Show From Edmonton To Calgary This Year.

“I think there will always be some. You can’t satisfy 100 per cent. We are trying to do our best in that direction. I would say the majority was pretty pleased especially when they arrived (at the BMO Centre) they saw the set-up and how we had raised the bar quite a bit. What I’m hearing from members, and from social media, is it’s going crazy in a positive way. I’ll maybe hear a little bit (of negatives( here and there but at the moment I think it’s an extremely positive experience.”

One of the show’s attendees, Veeraphon Thephasouvanh from The Links at Spruce Grove, who formerly had only a short drive into Edmonton to attend the annual Buying Show, said the new location was great.

“It was different, obviously. It looked fresh; I really liked the lobby before you even got into the show,” he began. “It was good to change it up a bit. It was getting a bit stale in Edmonton,” a show which he had attended “about 12 times,” so to him this move was a refreshing change.

Rouselle went on to say that several new components to the show helped to ease the pain of the move for all this attending, especially the northern members of the PGA of Alberta.

“I think the morning breakfast (on the opening day) which received a lot of support from a lot of our members, the added cocktail reception, the new layout of the floor,” were among the top changes he listed. “Everything is so compact. The social side of it is easier. It brought everybody closer together. There’s not as much distance between the venue, hotels, restaurants. Everything is walkable here,” as opposed to its former home where nothing was close by for members who had to leave the site via vehicle. 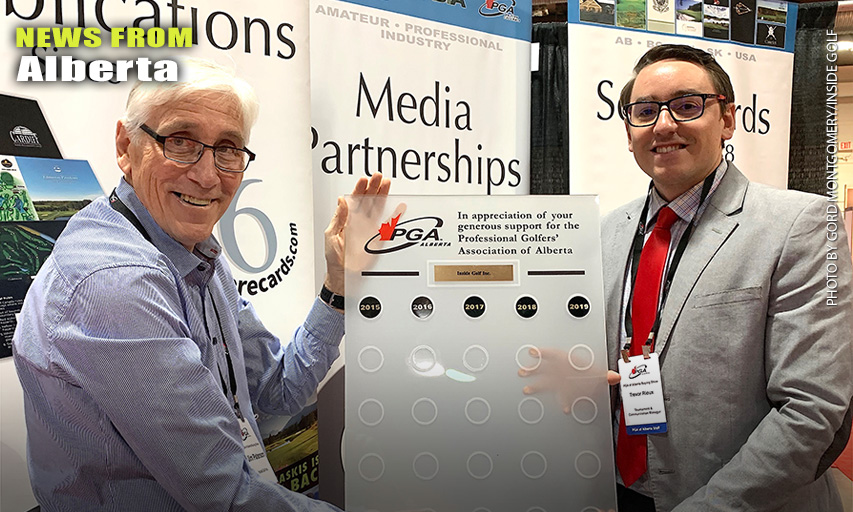 Trevor Rioux Of The PGA Of Alberta Presented A Sponsorship Plauque To Inside Golf's Director Of Sales, Jim Paterson, For The Long And Continued Media Partnership Shared Between The Two Bodies.

As for how long the show will remain in Calgary, Rouselle said that, at present, is up in the air.

“That’s something we’re exploring. I’m going to go through the show, make sure we made the right strategic move on it but at the moment we’ll stay here a couple of years. How long, it’s not defined,” but from the early indications, virtually everyone was pleased with the change which could mean a successful beginning and continuation of this yearly event in Calgary.

Rouselle explained at an industry meeting with some of the show’s vendors that their numbers in particular were, “Up slightly from last year. We were on a bit of decline in 2018 but this year the floor space was essentially sold out.”

Another uptick on the register was the fact more entry badges were handed out to golf course personnel at the Calgary show, with 1,200 changing hands this year as compared to last year’s total of just over 1,000.

“I think we raised the bar a lot this year and think we can keep pushing it,” ended Rouselle.

To offset this move for the northern members, the PGA of Alberta will hold a Spring Seminar in the capital city to provide a balance and even out travel costs for participating courses, said Rouselle.