How To Elevate The LPGA: 9 Ways The Women’s Tour Could Get More Of The Attention It Deserves 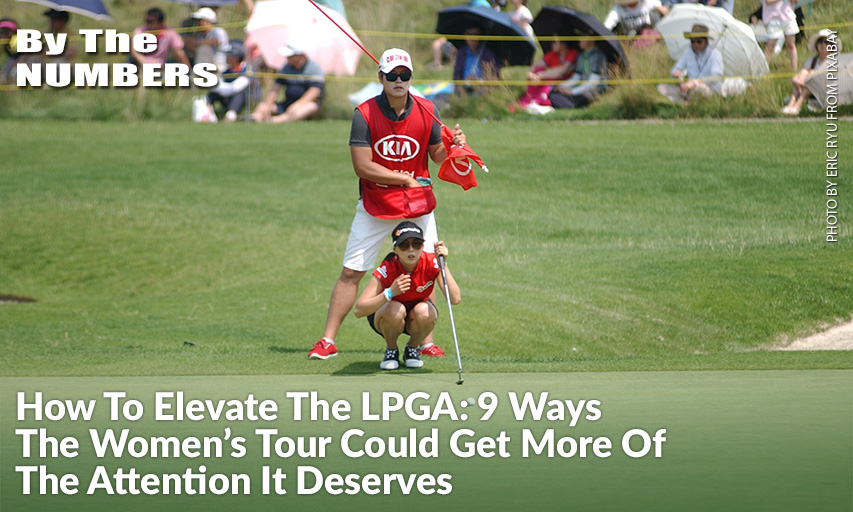 The LPGA has come a long way in the last 10 years. As recently as 2009, the tour was bleeding sponsors, with some players concerned that the association, founded in 1950, might not survive.

“I went to bed crying some nights, thinking, ‘What’s going to happen to our tour?’” recalls Nancy Lopez, who won 48 LPGA events in her World Golf Hall of Fame career.

Lopez was in her early 50s then but for younger players such as Angela Stanford, who joined the tour in 2001, much more was at stake. Stanford was attending a players’ meeting when, informed about the schedule for 2010 — only 25 official events would be staged, nine fewer than in 2008 — she realized she might have to find another way to make a living.

“Everybody was kind of in shock,” Stanford says now, “like, ‘Is this really happening?’ How did we get here?’”

Enter Mike Whan. Since replacing Carolyn Bivens as LPGA commissioner in January 2010, Whan has added events, grown purses and helped the LPGA become a global enterprise with tournaments in 12 countries.

Yet, for all its growth — 32 events and more than $70 million in prize money in 2019 — women’s professional golf still largely keeps a low profile, at least in the United States, where the LPGA was founded and is still based. Household names remain scarce.